Syrian mother of 3 dies in house fire in Istanbul 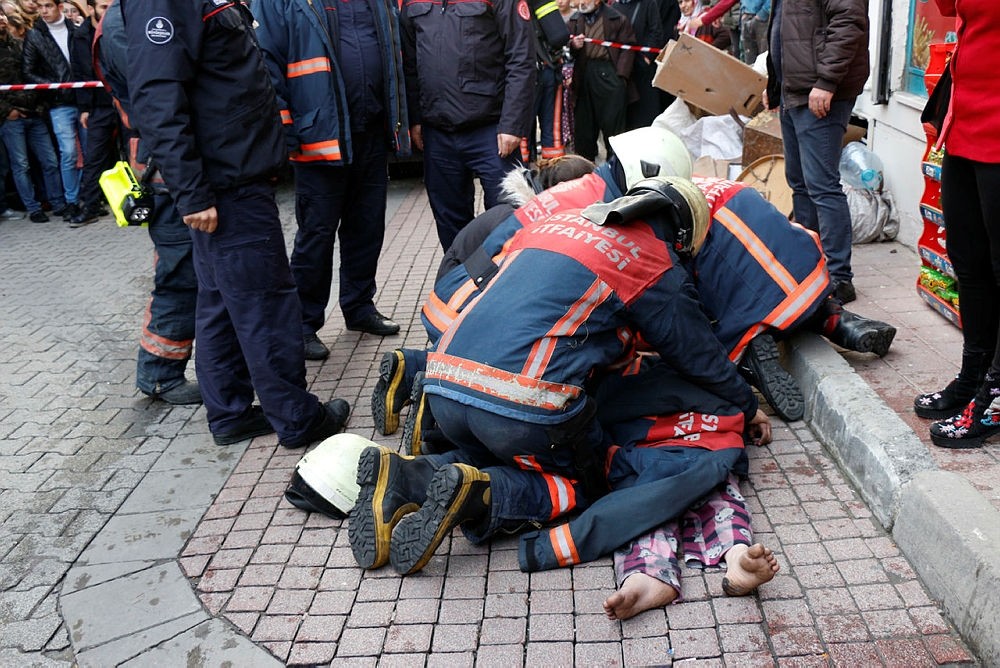 A Syrian mother of three died Friday on her way to the hospital after a house fire in Istanbul's Fatih district.

Nour Amori was trapped inside her apartment with her three children -- 2-year-old Jud, 5-year-old Mohammed Hassan and 2-month-old Juri -- when the blaze started.

The fire crew immediately responded to the emergency, rescuing the family from the smoked-filled home and giving a heart massage to the mother at the scene. Amori died in the ambulance on her way to the hospital, officials said.

The three children are reported to be in good health.

An investigation has been launched to determine the cause of the fire.