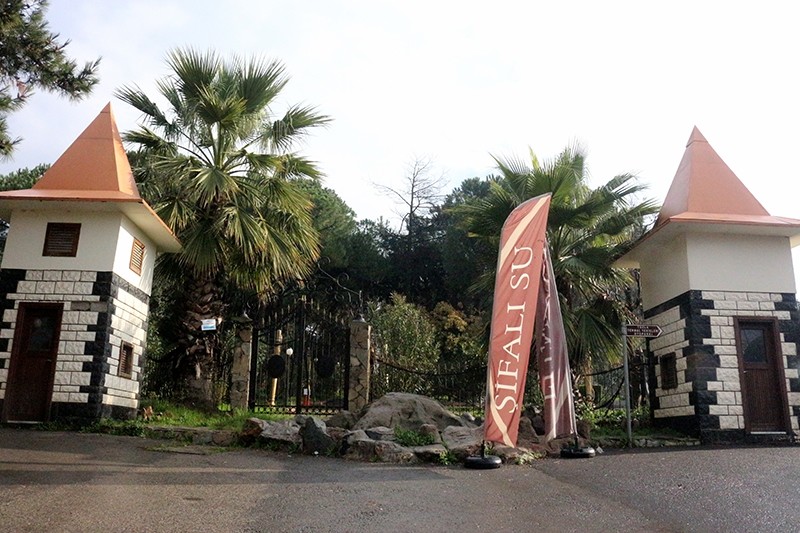 Known as one of the most crowded cities around the world, Istanbul offers an escape to stress and rush of daily life with its thermal springs.

Istanbul's Tuzla and Esenyurt districts are amongst the spots for a thermal spring treatment, which are rich in reinforcing the immune system with a curative effect on rheumatism and skin diseases.

The Esenyurt Municipality Thermal and Cure Treatment Center has been providing services for the last two years.

The earthquake on Aug. 17, 1999, had led to the opening of one-kilometer long thermal spring.

Esenyurt's thermal spring has a natural temperature of 36 degrees and total minerals of 4,527 mg / L due to its "thermomineral waters."

Ayşe Eşref, the hydrochemistry expert in the municipality, said that the mineral content of the thermal is about 4 grams and is rich in sulfur, sodium chloride, fluoride and bicarbonate.

Eşref said that nearly 400 patients can be treated daily at the thermals, including bath treatment, mud and massage treatment, Turkish baths and saunas.

The thermal springs in Tuzla, also called Tuzla Kaplıcaları, which serves for over 25 years attracts visitors from Turkey and abroad.

The thermal springs of Tuzla, which was also mentioned by the Ottoman explorer Evliya Çelebi in his famous "book of travel" is known for strengthening the immune system with minerals such as magnesium, potassium, sulfate, bicarbonate, sodium, sodium chloride.

Thermal springs Association Chairman Köksal Köse stated that thermal springs are the 'most ideal' thing to add the missing minerals in the body, increase the body's resistance and strengthening the immune system.