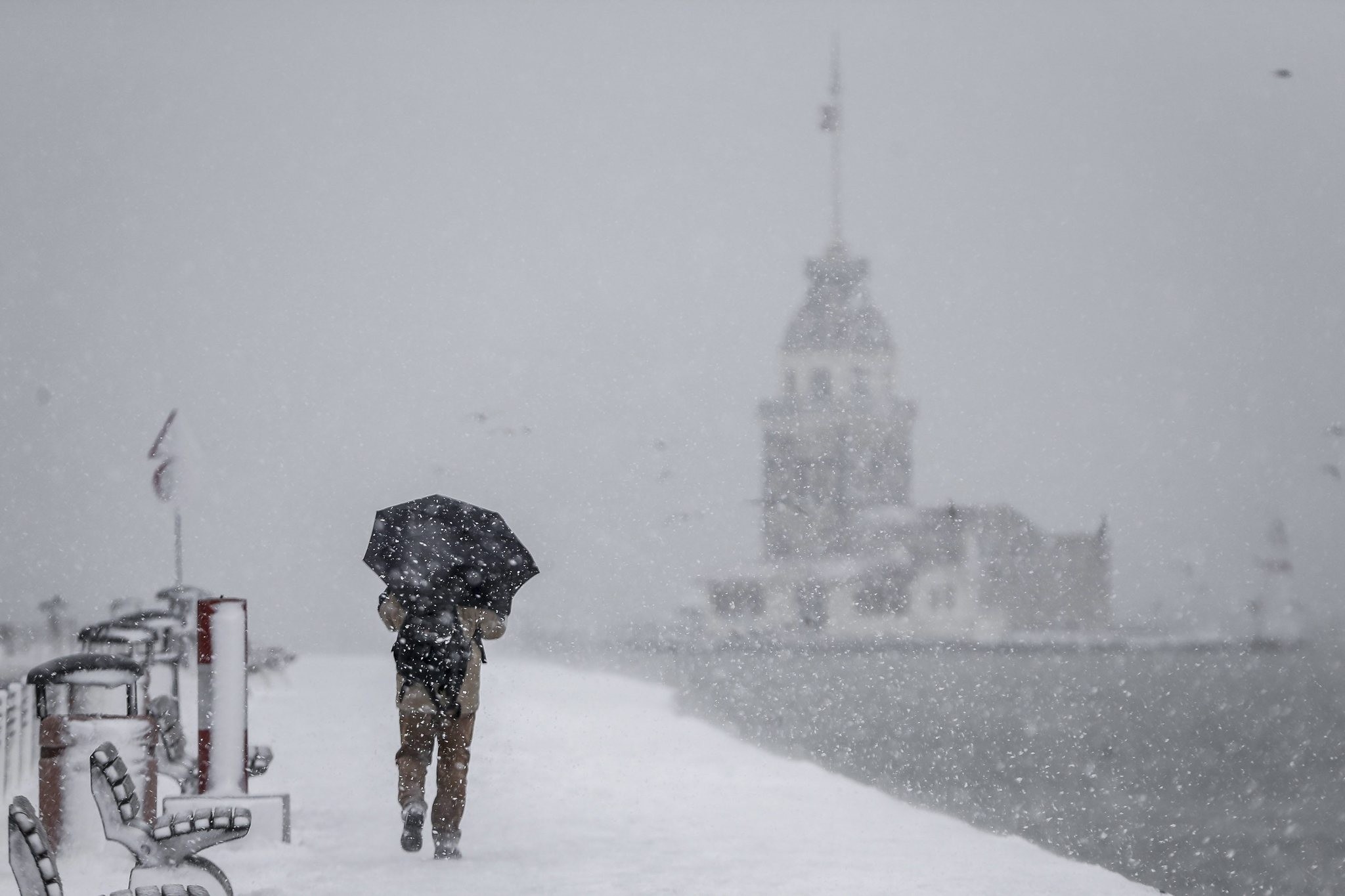 First snowfall of the season is expected to hit Istanbul Sunday, while Turkey's northern and central regions are predicted to experience a temperature drop by 5-9 degrees Celsius.

Turkey's General Directorate of Meteorology said that residents of Istanbul will welcome the weekend with heavy rainfall and strain northeast winds. Snowfall will begin Sunday night and will last until the early hours of Monday.

In capital Ankara, snowfall will also be seen Sunday from the early morning to evening hours.

Amid concerns over global warming around the world, Turkey's western regions, from the Aegean to the Marmara region where Istanbul is located, temperatures seldom drop below 10 Celsius degrees throughout January.

The meteorology also warned people living in northern, central and southern parts of the country to be braced for a sudden drop in temperatures and snowfall.