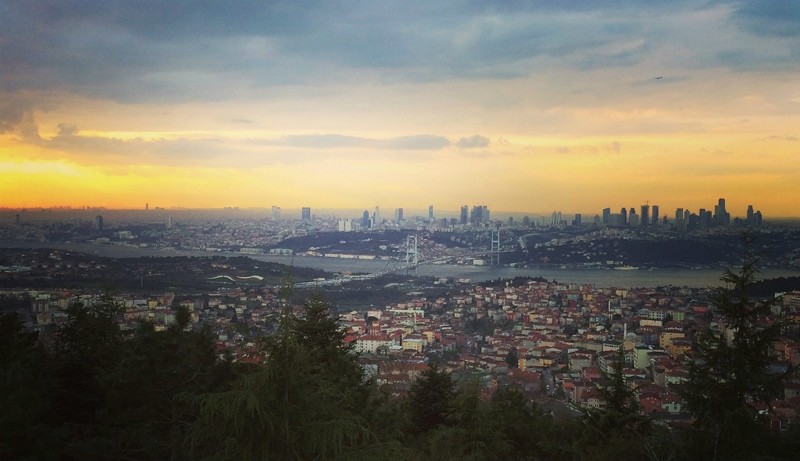 A report published by the electricity provider of Istanbul's European side once again showed the manic scales witnessed in Turkey's megacity as 610,180 house moves took place in a single year alone.

The "Real Estate's Energy Report" of CK Boğaziçi Elektrik showed that the rate people moving house increased by 24 percent in 2017 compared to the previous year, with an average 1,672 house moving per day, along with an average 462 new houses meeting with their dwellers for the first time. The number of moves in 2016 was 492,000, and 1.1 million moves took place in the last two years.

Out of the total moves, 441,409 were made to second hand houses and 168,771 to new houses, showing the dynamic nature of the city's real estate market.

Esenyurt, a relatively young area with a developing infrastructure on Istanbul's western end, was the leading district with 107,201 moves, with 72,807 houses being moved into for the first time. The following districts were Küçükçekmece and Başakşehir, Esenyurt's eastern and northeastern neighbors, whereas Çatalca, the only remaining rural district of Istanbul on the European side, had the lowest rate of residential movement.

According to demolition statistics, 22,367 customers applied to the company to cancel their subscriptions over urban transformation projects, with Küçükçekmece district leading these applications with 4,089, meaning that the district is currently the most active area on the European side for such projects, followed by Bahçelievler district with 2,820 applications. Urban transformation legislation, introduced in 2012, aims for the re-construction of residential and commercial buildings through government incentives, and increased building permits by local authorities in some cases, to strengthen the buildings against earthquakes, rehabilitate urban planning and provide additional projects and jobs for the construction sector.

CK Boğaziçi Elektrik General Director Halit Bakal said that they have successfully responded to this massive movement given that the company has 4.5 million subscribers and one-fourth of their customers have changed their residences.

The report also said that 46,333 foreign nationals have subscribed in 2017, which increased from 34,000 in 2016. The company said that citizens of 155 countries are among its subscribers. Esenyurt was again the leading district for foreign nationals with 11,423 moves, followed by historic Fatih district with 4,940.

In terms of internal migration, the central province of Sivas, which has an overall leadership in Istanbul, was once at the top in 2017 as the number of subscribers with population registries from Sivas reached 177,000 with a 10,488 increase, followed by northern Kastamonu province, eastern Malatya and central Tokat provinces, in addition to significant numbers of people from northern Trabzon and Ordu provinces.