Police recover 2,200-year-old crown, other artifacts from smugglers in Istanbul 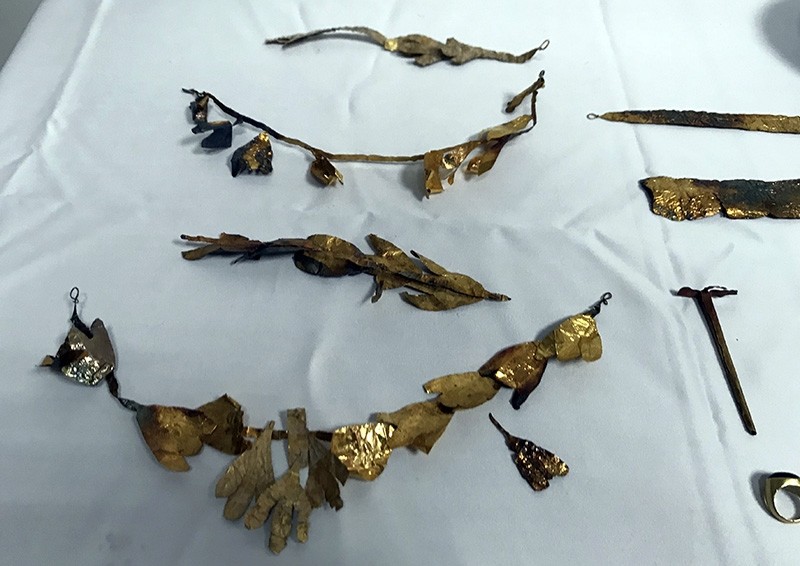 Istanbul police have successfully saved a 2,200-year-old crown and other ancient gold artifacts in an anti-smuggling operation in Fatih district, which is home to some of the most popular historical sites in Turkey's largest city.

According to reports, anti-smuggling squads launched an operation after finding out about a group of smugglers who were planning to sell invaluable artifacts from the Hellenistic period.

Posing as a potential buyer, police offered to give $1 million for the artifacts, while the smugglers requested $1.5 million.

After intense bargaining, the smugglers agreed to sell the artifacts for $500,000, and told the "buyer" to come to a hotel to finish the deal, Ihlas News Agency reported.

Police then carried out an operation at the hotel where the smugglers were waiting to sell the historical artifacts, including a diadem-type golden crown, an onyx-ornamented ring and a silver urn, which was often used to hold the cremated ashes in the Roman Empire.

The artifacts are thought to be unlawfully excavated from an ancient grave in Western Turkey's Thrace region and are believed to have belonged to a prominent military officer, king or a queen.