Park wall collapses on 5 vehicles amid heavy rain in Istanbul 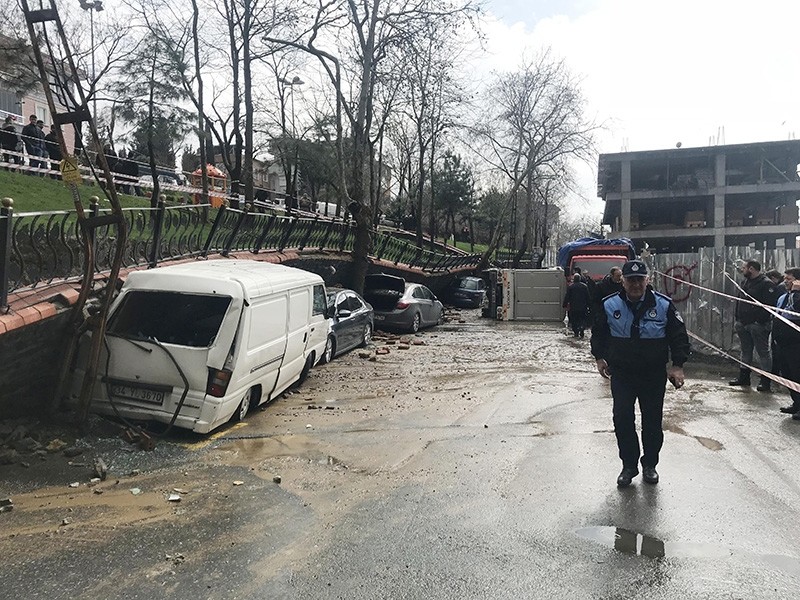 Heavy rains Sunday caused a park's retaining wall to collapse in Istanbul's Eyüp district, damaging vehicles parked near it with no casualties.

The newly-constructed wall of the Idris Bitlis Park on the city's European side collapsed onto four cars and a truck. 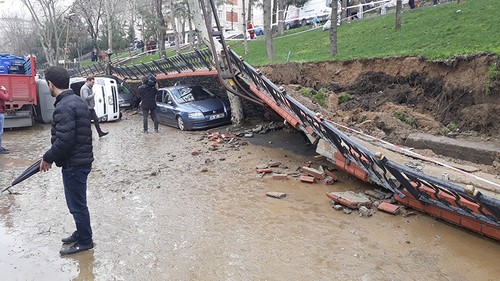 Officials said while security measures were being taken around the area, teams have started working to rescue the vehicles from under the wall.

On Saturday and Sunday, Istanbul was hit with intermittent rain showers, with some areas receiving heavy precipitation.