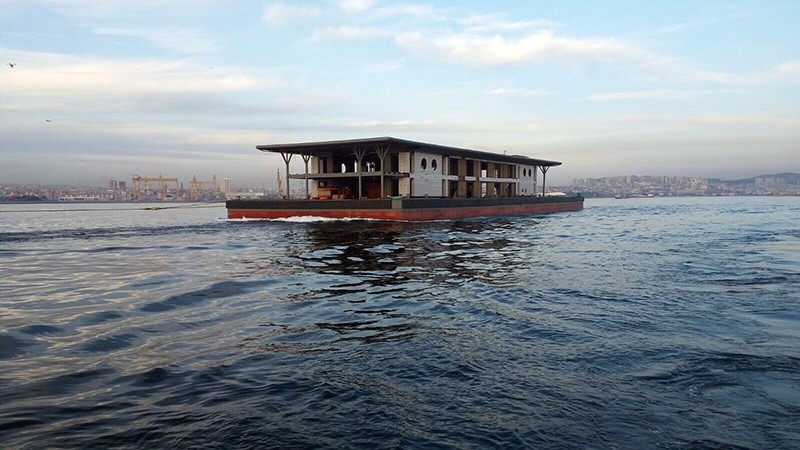 The new floating Karaköy pier built by the Istanbul Metropolitan Municipality (İBB) was brought to the Golden Horn from Tuzla Shipyard Monday evening.

The new pier, which will include a cafeteria and library, was built with the help of the General Directorate of Coastal Safety after the original one sank in 2008.


The pier waited Monday evening in the open waters outside Kartal before being pulled by two tugboats to the Golden Horn Shipyard overnight.

Atatürk and Galata Bridges were closed to vehicle and pedestrian traffic by municipal authorities and traffic police so that the bridges could be opened from both sides to ensure safe passage for the pier.

The pier is expected to be opened for use within a month upon completion of its interior design.

It is 81 meters long, 27.6 meters wide, weighs about 2,000 tons and will allow up to 10 ships to dock simultaneously, according to Anadolu Agency.