Accident on Bosporus brings Kanal Istanbul to forefront once again 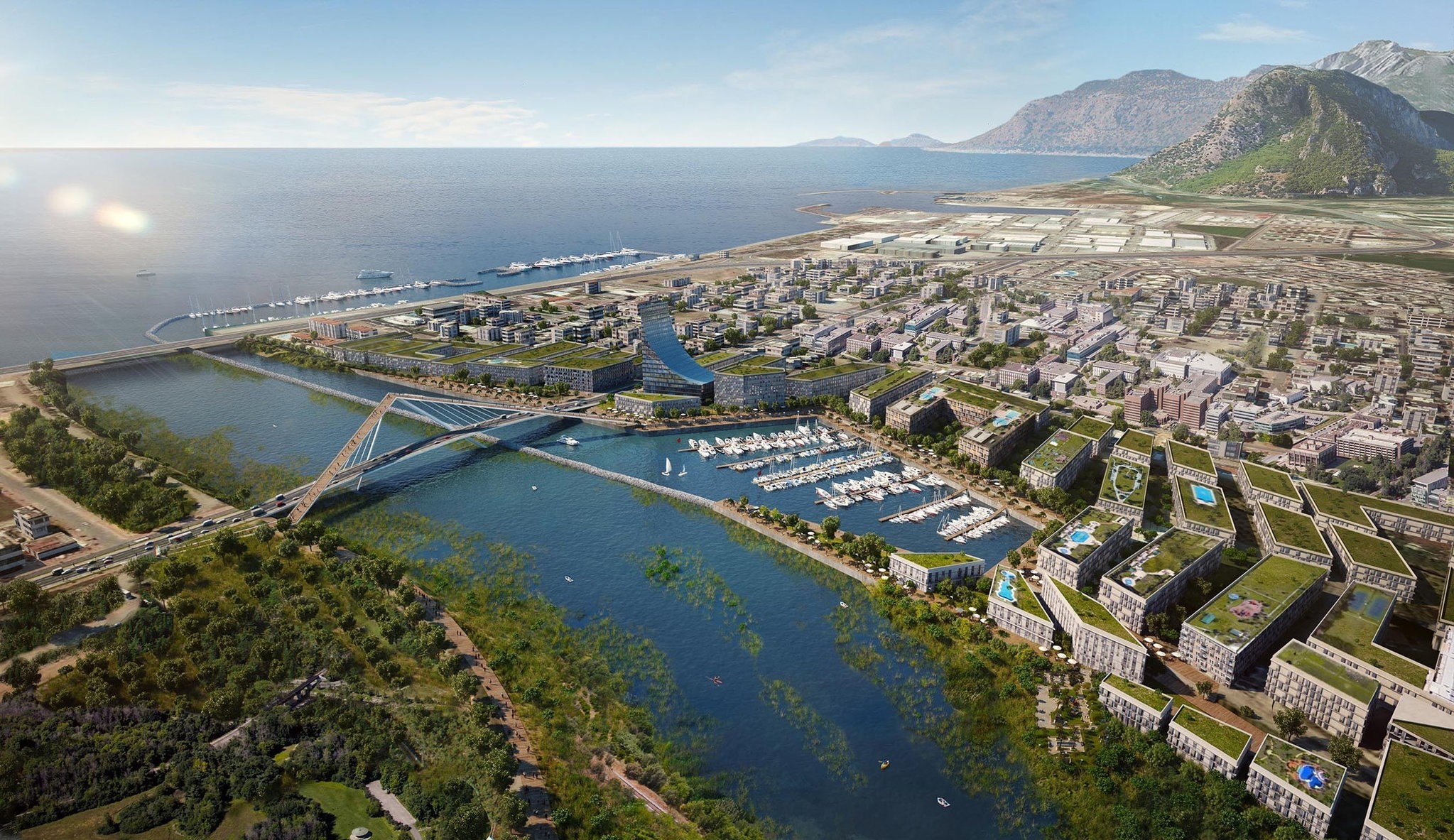 The Bosporus is in dire straits in terms of maritime safety as a ship crashed into a mansion on its shore on Saturday, showing that a new canal in the works in Istanbul may be an answer to relieve growing ship traffic

An accident in which a bulk carrier crashed into a waterfront mansion on the Bosporus on Saturday has once again triggered safety fears about enormous vessels maneuvering in the narrow waterway. No casualties were reported in the incident, but the crash left the mansion substantially damaged.

With concern mounting over maritime safety on the strait, the government's ambitious plan to build Kanal Istanbul, a channel through Istanbul's European side, has re-emerged as a hot topic on social media. The project, originally announced by President Recep Tayyip Erdoğan in 2011, aims to reduce shipping traffic on the busy Bosporus Strait, minimizing risks and dangers particularly associated with tankers.

International pressure is growing to increase marine traffic tonnage through Turkey's straits, which brings risks for the security of marine navigation during passage. Arguably, the new channel would further help prevent pollution caused by cargo vessels passing through or mooring in the Marmara Sea at the southern mouth of the Bosporus.

The Bosporus was closed to maritime transit traffic for hours after the 225-meter-long Malta-flagged vessel crashed into the mansion in the Anadoluhisarı area after its rudder got stuck. The vessel, the Vitaspirit, was heading to Saudi Arabia from Russia. No injuries or environmental threats have been reported from the accident.

Turkey's straits are among the most at-risk waterways in the world, according to experts. Over 50,000 vessels, including tankers carrying highly flammable oil, pass through the Bosporus, an S-shaped channel with sharp turns and changing currents that pose challenges for vessels and sailors every year. In compliance with the 1936 Montreux Convention, Turkey must allow open access for all civilian vessels through its straits in peacetime. However, accidents are a main source of concern for the country. From 1953 to 2003, 461 accidents occurred on the Bosporus. The deadliest accident was when a Romanian tanker and a Greek freighter collided and exploded in November 1979, killing 42 crew members aboard the Romanian tanker. The last major accident in the strait was in 2003 when a Georgian-flagged vessel ran aground, resulting in a spill of 480 tons of oil.

Experts say the Convention is outdated and was made at a time when only 17 vessels used to pass through the Bosporus daily. The maritime traffic is three times more than the Suez Canal, another major waterway in the region, if the local maritime traffic - passenger ships carrying commuters between two sides of Istanbul, fishermen's boats, etc. - is considered. Another concern not addressed by Montreux is changes in maritime technology; for instance, construction of larger vessels and increasing transportation of dangerous materials. Authorities repeatedly voice concerns that a vessel carrying a dangerous cargo, namely inflammable liquids, may have an accident and risk the lives of thousands living on the Bosporus shore. It will also naturally trigger large-scale pollution and cause damage to properties, from historic landmarks to residential buildings, situated on the shores.

Umur Zamanoğlu, head of the Search and Rescue Union, a non-profit run by volunteers focused on search and rescue work on the Bosporus, told İhlas News Agency that the safety of people and properties on the Bosporus were "unfortunately hindered by international conventions," referring to Montreux, which allows vessels to skip the services of local pilots. Zamanoğlu said the pilot was unable to do a maneuver to prevent the crash. Radio records between the pilot and maritime authorities prior to the accident show that the captain did not anchor the ship to stop its speeding despite instruction by the Turkish pilot. "Coast Safety Service rapidly intervened and prevented [a larger disaster]," he said.

Turkey counts on Kanal Istanbul to prevent more crashes by offering an alternative crossing point for ships through the city's European side. Dubbed the "crazy project" for its sheer capacity, a bidding process for Kanal Istanbul should be completed later this year. It is expected to have a capacity for 160 vessels a day and is scheduled to be completed by 2023, the centenary of the Republic of Turkey.

Transportation, Maritime Affairs and Communications Minister Ahmet Arslan introduced the details about the project last month and said that they made their final decision on the canal's route, between the districts of Küçükçekmece and Durusu. "Our aim is not to adversely affect the Marmara Sea with this project, but on the contrary, to positively affect and prevent accidents, especially caused by freight transport," Arslan said, adding that their priority was to reduce ship traffic on the Bosporus.

The Hekimbaşı Salih Efendi mansion that the vessel crashed into is among the historic buildings dotting Bosporus' Asian shore. The mansion is among the oldest of its kind in the city, dating back to the 18th century. It was a small house then, but its eponymous owner, who served as chief physician for the Ottoman sultans, expanded it over time, and currently, it is occupied by his descendants. The mansion is also used as a venue for concerts and wedding receptions. It also served as a setting for popular Turkish TV series and lately for a film by Italian director of Turkish origin Ferzan Özpetek.

Zeynep Ertürer, a great-granddaughter of Salih Efendi, was in the mansion at the time of the accident. "It was a like scene of horror from a movie," Ertürer told Doğan News Agency with regard to how she felt when she saw the vessel crashing into her house. "This was a place we strived to preserve in its original form. It will never be returned to its old state," she lamented.

Ertürer said she was alone in the mansion but far from the sections the ship crashed into. "It crashed into the living rooms. I don't want to think what would happen if the rest of the family was there," she said.