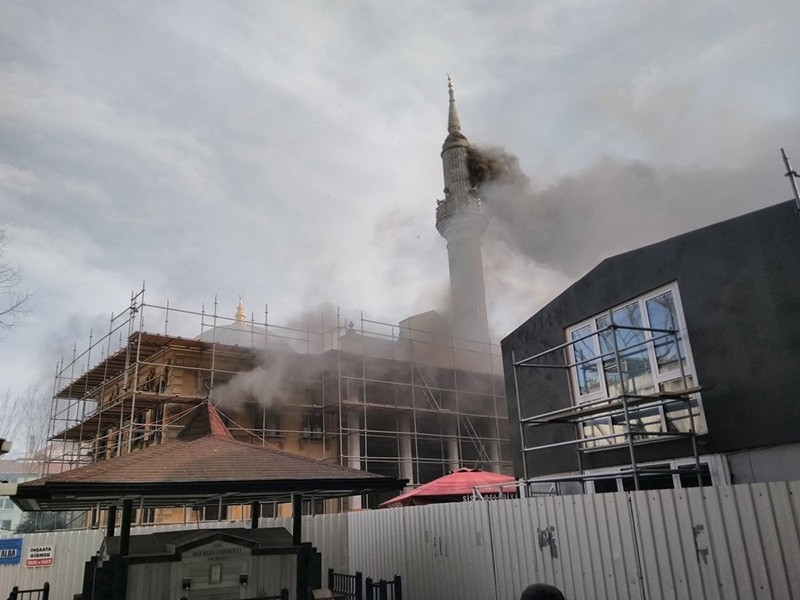 A fire broke out Sunday at a historic mosque in Istanbul's Şişli district.

Images of the scene showed smoke billowing from a minaret of the Teşvikiye Mosque in Nişantaşı, which was undergoing restoration.

Emergency crews quickly responded and were able to put out the blaze. However, the fire reportedly caused damage to mosque's interior.

Teşvikiye Mosque was built by Sultan Abdülmecid I in 1854, in the neo-baroque style. It was first commissioned by Sultan Selim III in 1794, but was completed decades later. Built in the same era as Ortaköy Mosque and Dolmabahçe Palace, the mosque reflects European styles of the time, with distinctive white columns at its entrance. It is often used as the beginning point of funerals of public figures.