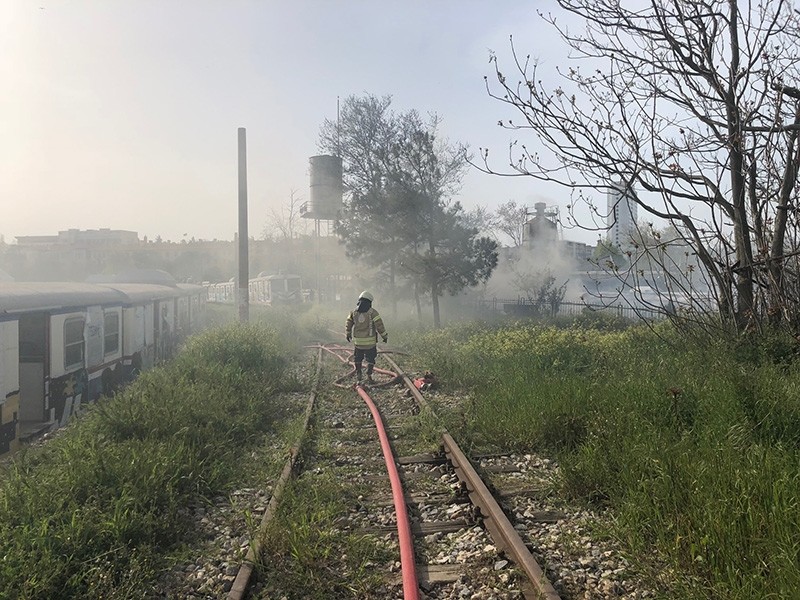 A fire broke out Monday afternoon among empty train cars at the Haydarpaşa Train Station in the district of Kadıköy in Istanbul.

Several brigades of firefighters responded to the blaze and quickly brought it under control.

Images showed smoke billowing over the historic train station, where dozens of retired cars sit on the tracks, which have been out of use since 2013.

Authorities have opened an investigation into the cause of the incident.

The train station was opened in 1872 and served as a major intercity, regional and commuter rail hub until 2013, when it was closed for the rehabilitation of an existing line for the Marmaray commuter rail line.