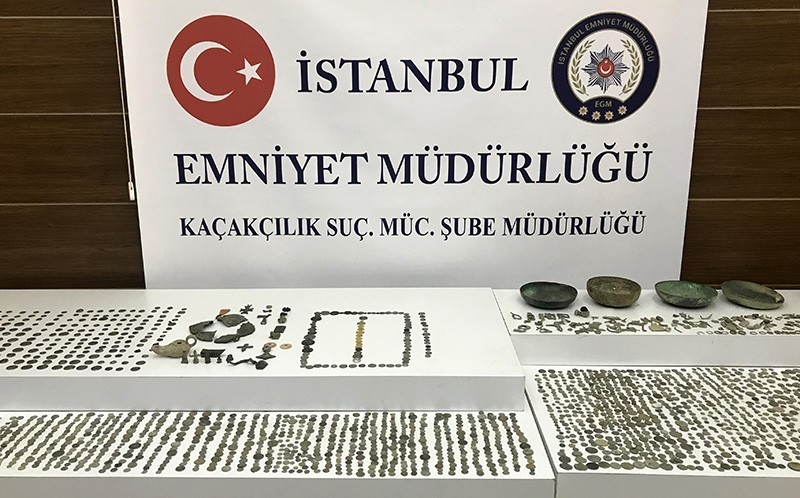 According to reports, police carried out simultaneous raids on three different addresses in Fatih and Sancaktepe districts and confiscated 4,567 bronze and silver coins from the Roman and Byzantium periods, 251 artifacts, including oil lamps, crosses and seals, six pieces of metal and bronze plates, and various portraits of kings.

The artifacts confiscated in the operation will be handed over to the Istanbul Archaeology Museum Directorate for analysis, reports said.

The ancient artifacts were reportedly obtained from illegal excavations carried out in Istanbul's Şile, Ağva and Silivri districts.