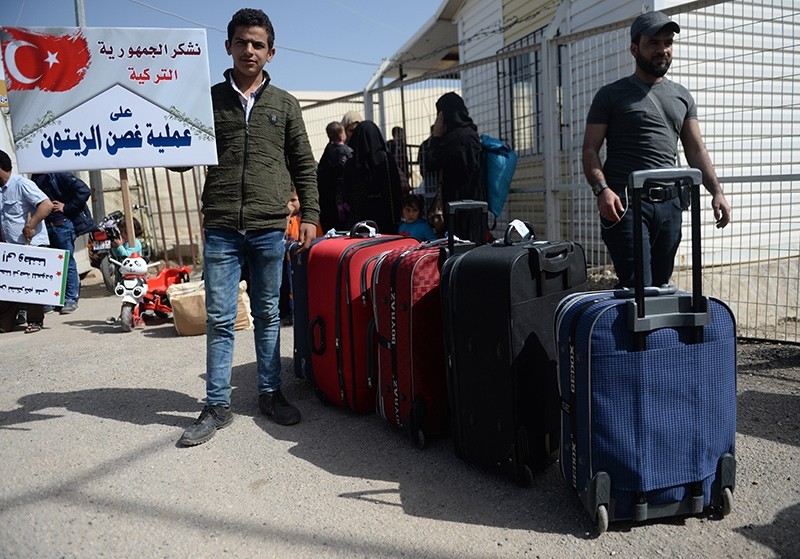 Istanbul's Esenyurt Municipality facilitated the return of a group of Syrian families, who had been living in Istanbul for the past three years, to their hometowns in Aleppo province, a report said.

According to the report by CGTN, the families willingly packed their belongings to return home.

The municipality had previously facilitated the repatriation of 35 Syrians to northern Afrin and Jarablous cities after they were liberated by a joint operation with Turkey-backed Free Syrian Army (FSA).

Officials said more Syrians applied to them when they found out that the municipality was covering the cost of journey back home.

The family of Yehya Omar Shughour shared emotional goodbyes with their neighbors, as they boarded a bus arranged by the Municipality of Esenyurt.

They noted that they miss Syria and their friends and relatives there, but had no clue about the current state of their homes there.

The Syrians reportedly crossed the border at Öncüpınar Border Gate.

The returns increased in the past months after successive operations to end the Daesh terrorists' takeover of al-Bab, Jarablus and the clearing of Afrin from YPG terrorists in operations Euphrates Shield and Olive Branch in 2016 and this year. Overall, more than 160,000 Syrian refugees have returned home recently through border crossings.