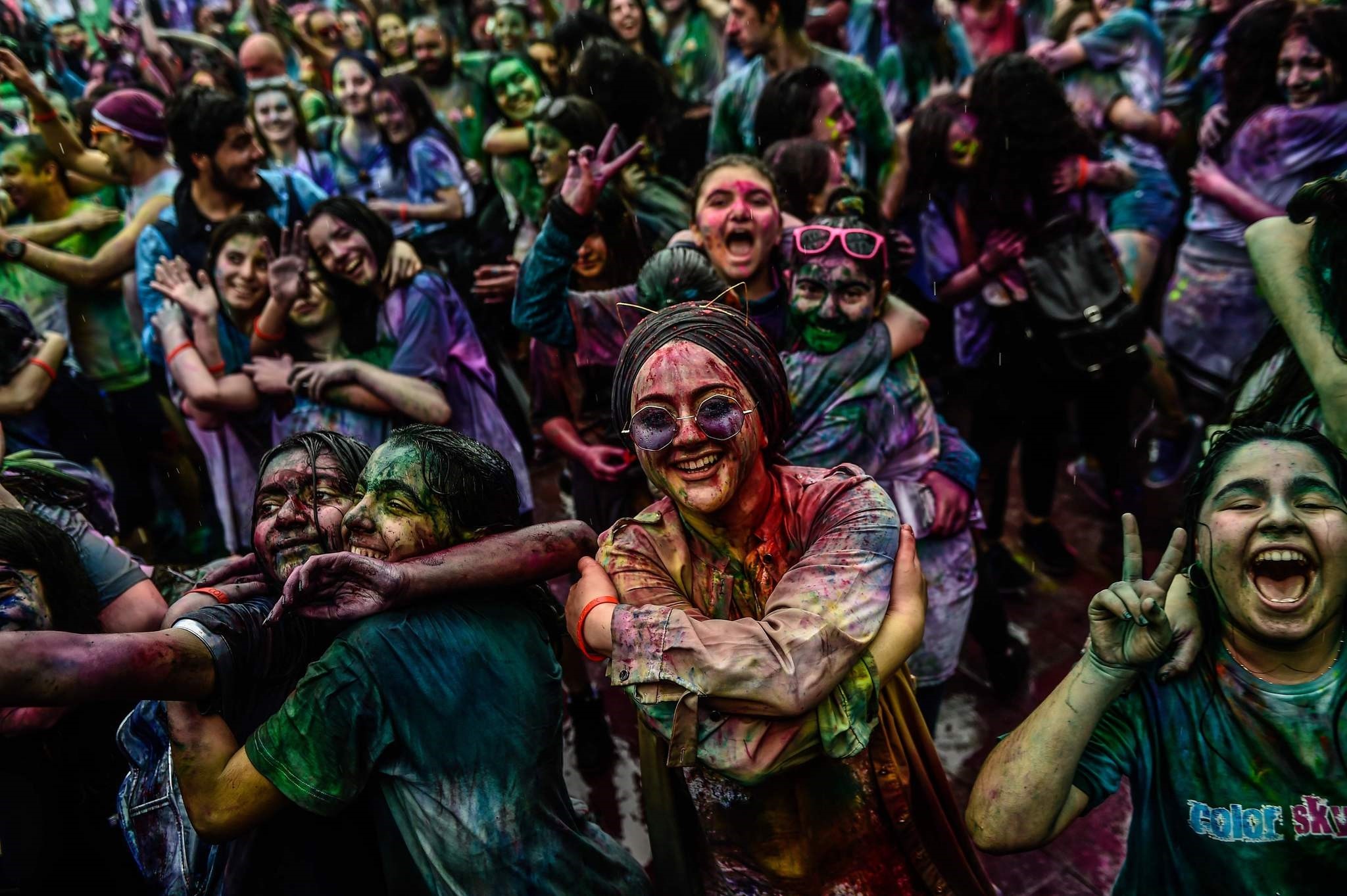 The Color Sky 5K Run, an annual charity event, was held in Istanbul yesterday, giving runners a chance to be "paint bombed" at every kilometer completed.

Originally an international event conceived in the United States, the run has four legs in Turkey, with separate races in Istanbul, Ankara, Bursa and İzmir. The Istanbul run, part of a larger festival, was held on the Caddebostan shore on the city's Asian side.

People from all across the city and other cities joined the race where they could either walk or run in the uncompetitive event. In every kilometer of the five-kilometer race, dyes made of pure cornstarch were sprayed on the participants, covering their faces and clothes. An unusual May drizzle failed to deter participants who also joined a dance party where they were sprayed with paint bombs again. The event helps fund an association for the physically disabled and an autism foundation.