Children of Istanbul run in their own marathon 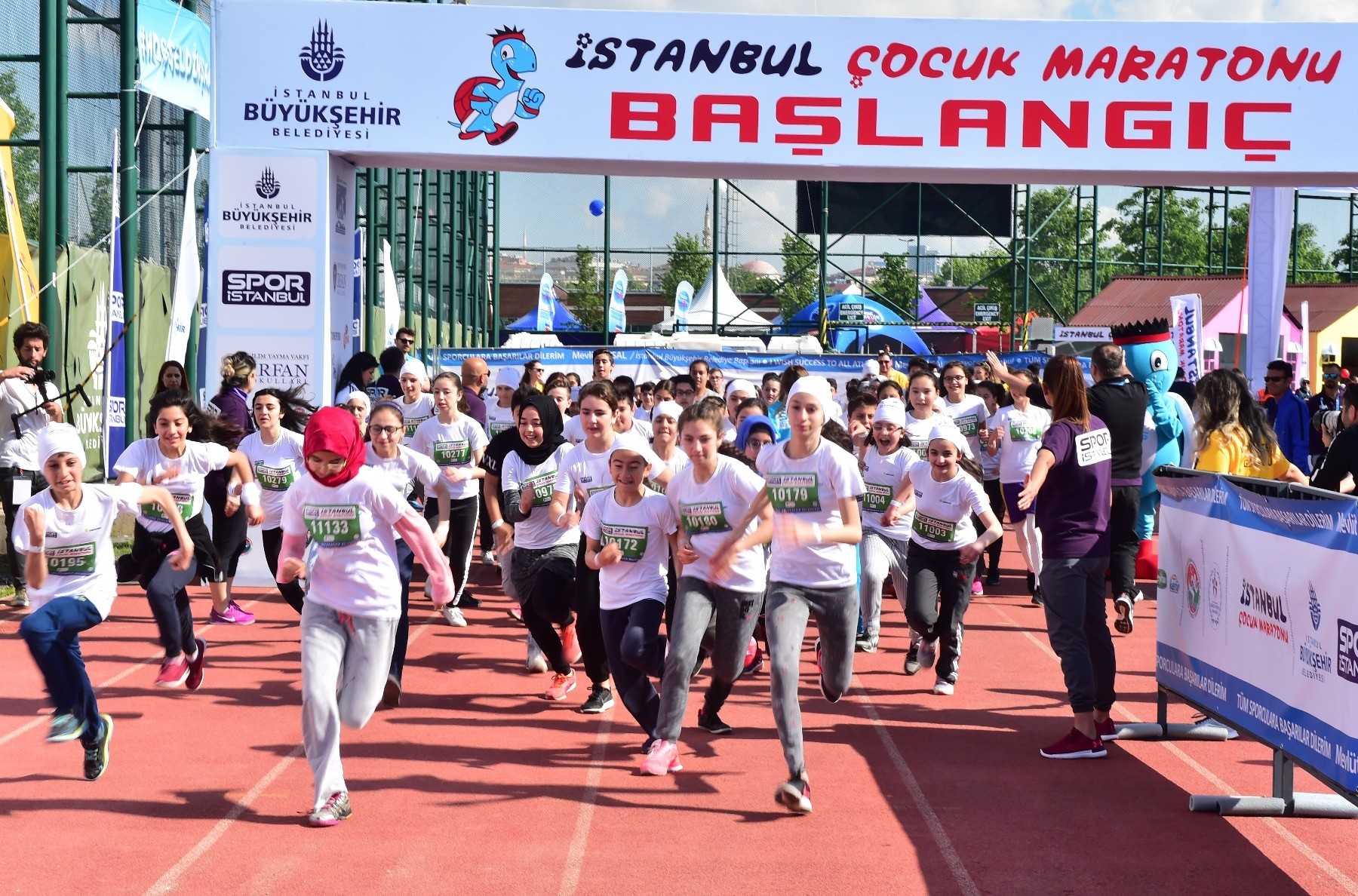 Children of all ages raced in the marathon though the length of track got longer with their age.
by Daily Sabah May 14, 2018 12:00 am

The fourth edition of the Istanbul Children's Marathon gave a chance to young people to exhibit their skills in running to the grownups. Thousands of participants, from three-month-olds to high-school students dashed or flailed their way to the finish line in yesterday's race on the city's Maltepe shore on the Asian side.

It was no coincidence that the marathon was held on Mother's Day. Some fearing that their son or daughter might hurt themselves, others taking pride in watching the winners, mothers made up majority of spectators at the marathon. Parents accompanied their children up to age nine in the race while the older runners went for the title alone. A 300-meter race saw the contestants from toddlers to seven-years-old taking to the track. For children up to 13, a 900-meter track was allocated.

The longest course was 1,500 meters for children at the ages of 14 and 15. In a bid to encourage more children to join the race, organizers delivered medals and certificates to every child who attended the race. A Guinness World Records representative was also on hand to certify the event as the largest children's run to date.