Istanbul's Karaköy gets its new pier 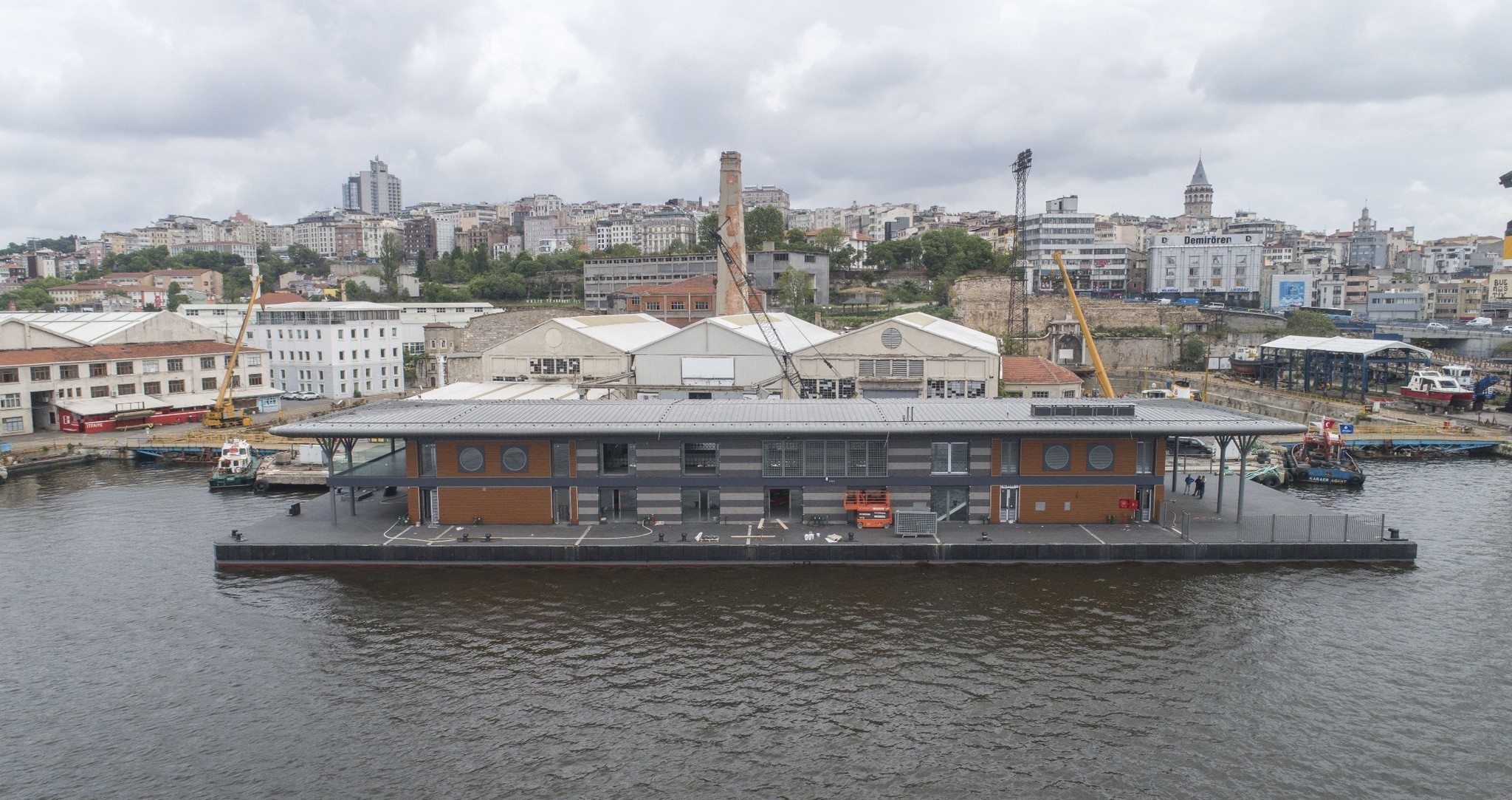 The Istanbul Metropolitan Municipality announced yesterday that the replacement for the Karaköy Pier will soon be installed. Istanbul's seasonal heavy southwesterly winds in 2008 had sunk the previous pier. Since then, a temporary structure was being used by ferries.

The new 2,236-square-meter state-of-the-art floating pier was built at a shipyard in Tuzla, to the south of the city. It was brought to the shipyard in the Golden Horn for its finishing touches.

The pier will feature a multi-purpose hall, a closed terrace, a book café and will be disabled friendly. It will be carried by 22 separate ballast tanks; it weighs approximately 2,000 tons and is 7.5-meters in height. The pier will be able to accommodate three ferries at the same time.

Karaköy Pier will serve ferries traveling to Kadıköy and Üsküdar on the Asian side of the city.

Karaköy, a commercial neighborhood on the European side of the city, sits on the intersection of the Bosporus Strait and the Golden Horn.