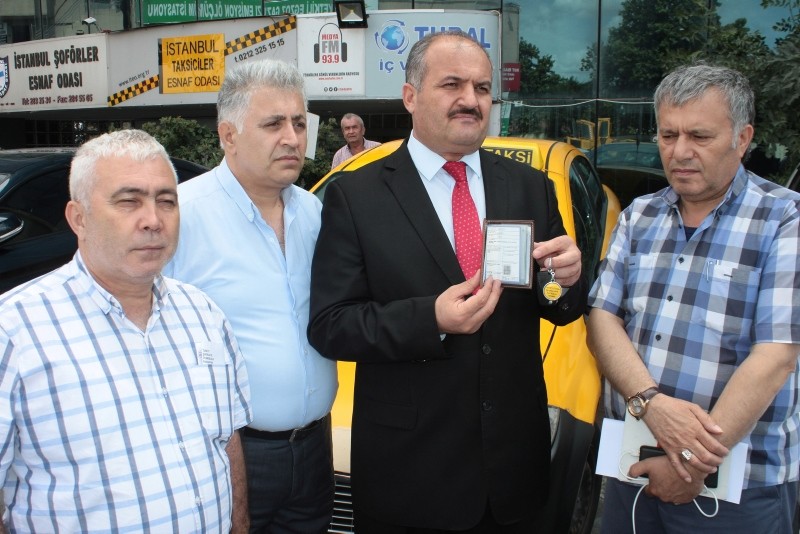 A taxi driver has been banned from the profession after a video surfaced showing him shouting at a tourist and throwing her luggage on the ground after kicking her out of his cab in Istanbul.

In the video, which went viral on social media last week, a visibly angry taxi driver is seen kicking out a female rider. The driver is heard yelling at the woman because she refused his request to drop her off 100 meters before her destination in order to avoid congestion. The man is then heard muttering "as if she is a cripple." After kicking the customer out, the man removes her luggage from the trunk and slams it onto the ground. When the tourist asks for her money back, the driver ignores her and tells her to "call the police" as he gets back into his cab.

On Monday, Eyüp Aksu, head of the Istanbul Taxi Drivers Tradesmen's Association (İTEO) and co-plaintiff in the trial against Uber, issued a statement saying that the chamber launched an investigation into the incident. In his statement, Aksu said that the taxi driven by the driver was already impounded by officials and the driver is to be banned from driving cabs.

"We need to ban the offending drivers like him from the profession. The vehicle has already been impounded and the vehicle's registration papers have been confiscated. We have dealt with pirate taxis like Uber. We need to pull ourselves together just like President Erdoğan said. We will move to ban any offending drivers and their vehicles will be impounded."