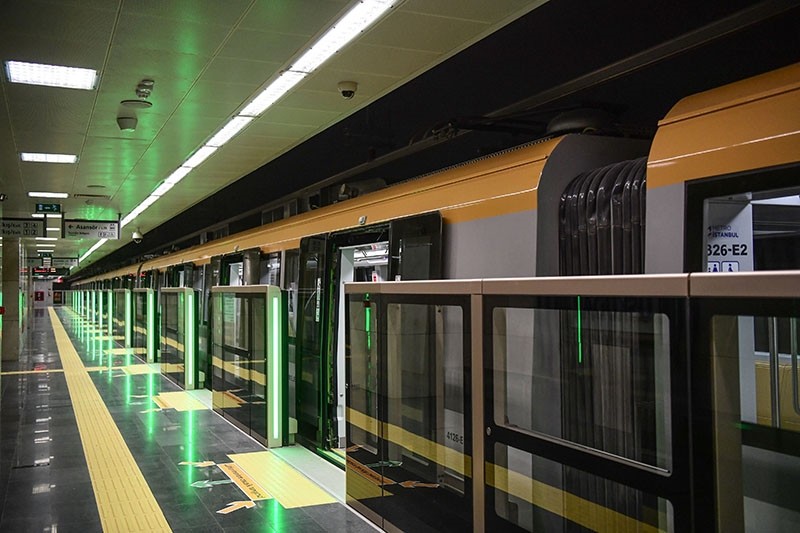 The M5 Üsküdar-Ümraniye metro line service will be interrupted on select days in July as test runs for the line's second phase take place.

According to an announcement by Istanbul Metropolitan Municipality, the line will not be in operation on the following dates: July 12-14, 16-18 and 28-30.

The second phase of the metro line is expected to be operational in August.

The municipality announced that additional bus lines, which will also be called M5, will operate during the downtime. The buses will stop at the M5 metro stations along the route in order to help the commuters.

The fully-automated M5 Üsküdar-Sancaktepe line's first phase was brought into service in December 2017 with eight stations from Üsküdar and Ümraniye. The second phase, which includes eight more stations from Yamanevler and Sancaktepe, will start operations in August.

The 20-kilometer-long (12-mile-long) metro line has an estimated cost of 800 million euros. The full-length line consists of 16 stations and will carry 700,000 passengers per day when it is completely functional.

The driverless metro is operated from a remote command center. The metro line will have 126 cars in total. The maximum passenger capacity per hour will be 64,800 while the maximum speed of the cars will be 80km/h.