Section of Istanbul’s ancient city wall to be restored 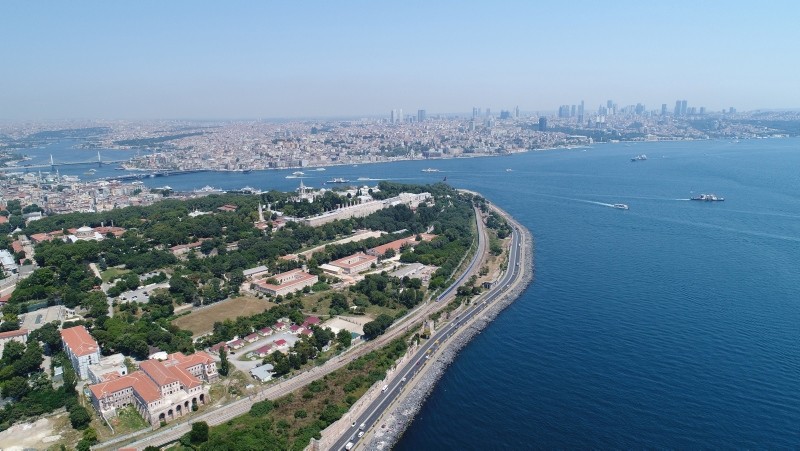 The Turkish Culture and Tourism Ministry started the restoration works on Sur-u Sultani, a four-kilometer (2.5-mile)-long section of Istanbul's ancient city walls located near the Topkapı Palace, which served as the residence of Ottoman sultans for four centuries.

The ministry allocated TL 25 million ($5.17 million) for the restoration project and it is estimated to be completed in 650 days, in November 2019.

Experts began the restoration works on parts of the wall near the sea as the walls on the land side were already restored in an earlier project.

Along with the restoration of Sur-u Sultani, the project will restore Incili Köşk, or Pearl Pavilion, as well.


Constructed during the 5th century under the Roman Empire, Istanbul's ancient city walls were listed as one of the longest historical monuments in the world. The ancient walls – which stretch 23 kilometers (14 miles) and encircle the old city perimeters located in the historic peninsula – attract attention from both local and foreign tourists.

The Sur-u Sultani Walls were built in addition to the existing city walls during the reign of Fatih Sultan Mehmet, also known as Mehmed the Conqueror.