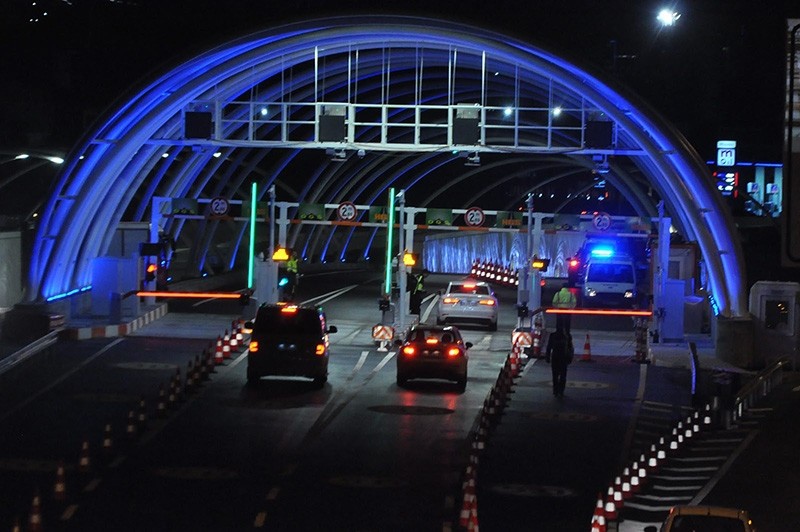 Traffic flow in Istanbul's Eurasia Tunnel was suspended from both sides for about 40 minutes on Sunday evening after motorists reported concerns about a motorcyclist who ran out of gas in the tunnel.

The incident was quickly resolved by authorities and the tunnel reopened to traffic, according to statements on Twitter by the city's governorship.

Local media reported that the driver had left his motorcycle in the tunnel when it ran out of gas, prompting other motorists to report the unattended vehicle. As police were responding to the alert and inspecting the motorcycle, the driver returned and explained what had happened.

The two-story tunnel, which is 14.5 kilometers (9 miles) long, including a 5.4-kilometer (3.4-mile) section under the Bosporus, allows cars to pass between Europe and Asia in just minutes, significantly reducing travel time across Turkey's largest city. The tunnel, built 106 meters under the Bosporus, was officially opened on Dec. 20, 2016.