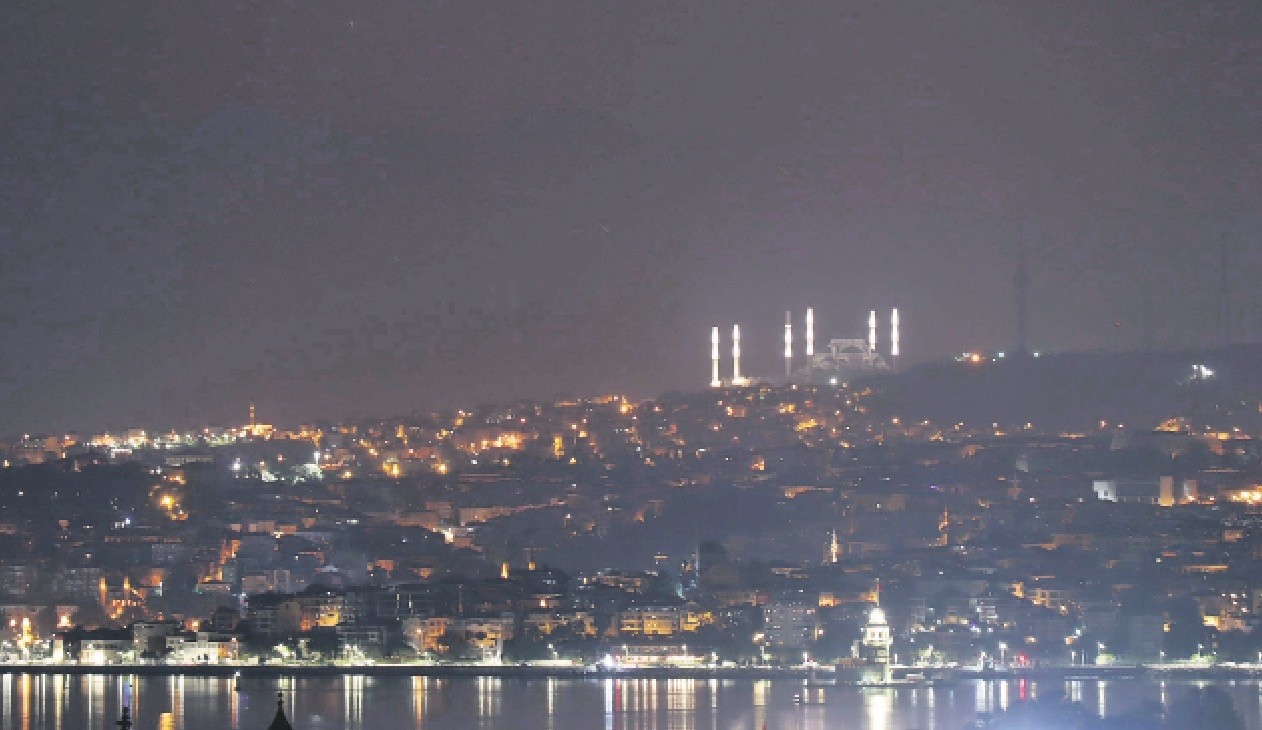 The six minarets of the Çamlıca Mosque, situated on the Çamlıca Hill in the Üsküdar municipality on the Asian side of Istanbul, was lit up with projections at night during the Qurban Bayram (also known as Eid al-Adha in Arabic), changing the nighttime silhouette of the megapolis.

The mosque, designed by two female architects Bahar Mızrak and Hayriye Gül Totu, can be seen from almost all central commercial locations on the European side and is projected to have a capacity of 37,000, the largest capacity mosque built during the Republican era.

3D lighting technology is also used to light the minarets.