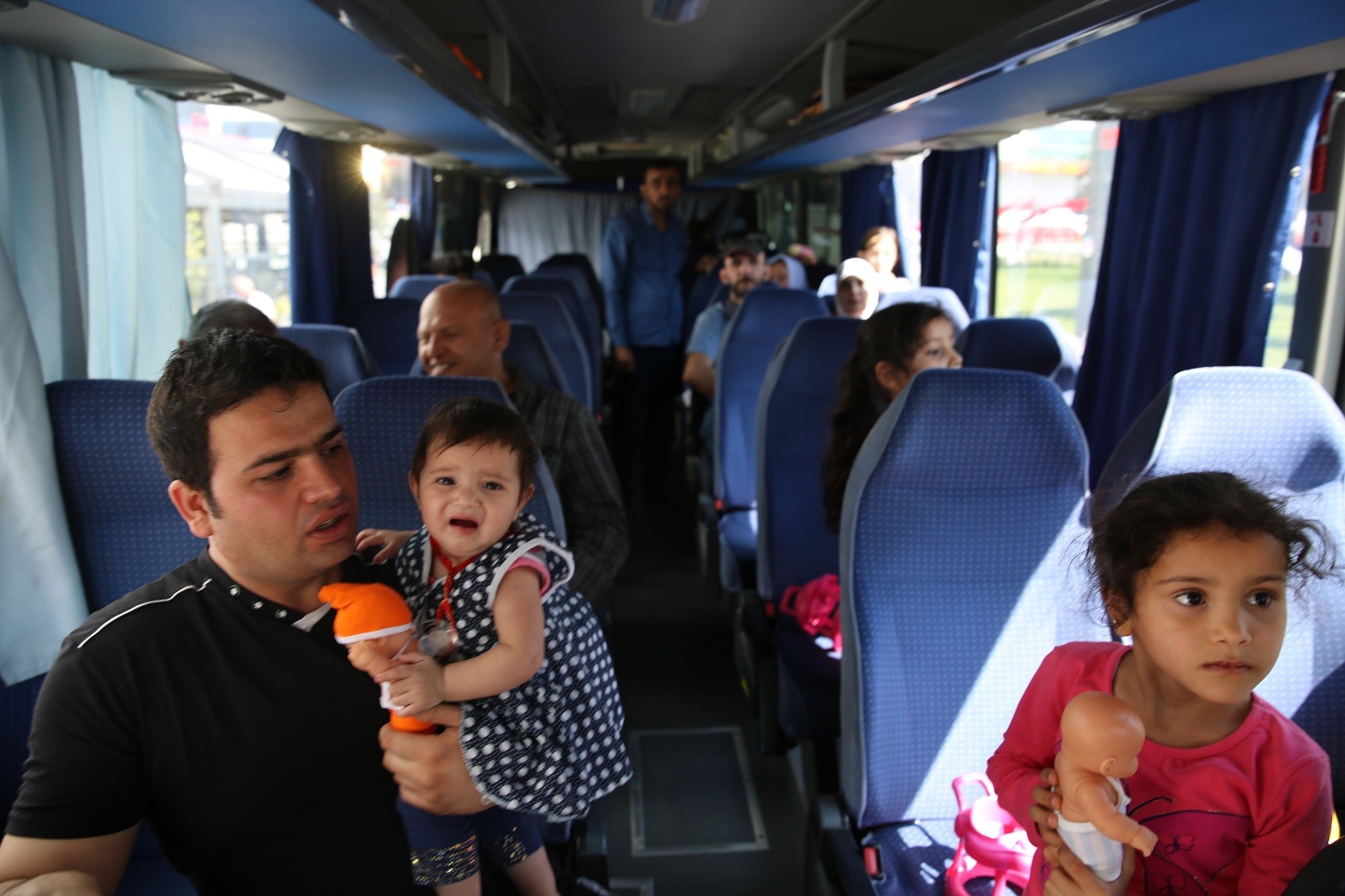 Esenyurt, a working-class district on Istanbul's European side, helps Syrian refugees return home to areas where security has been restored. The district municipality pays travel expenses for returnees heading to relatively safer areas of war-torn Syria. The occasion is a celebration for refugees, and Mayor Ali Murat Alatepe personally sees off the returnees boarding buses home. Yesterday, 21 Syrians with mixed feelings of joy and leaving a country where they had settled for a long time left Istanbul for Öncüpınar, a Turkish border crossing with Syria. More than 3,000 Syrians living in Esenyurt returned to their homeland in the past two years.

Mayor Alatepe says they work in coordination with the Turkish Red Crescent and the state-run Disaster and Emergency Management Authority (AFAD) that oversees the care of refugees in Turkey to ensure the safe return of refugees. "This is the 14th group of returnees we've sent off. These people are our guests, and they will remember us. I heard they set up shops in their hometowns and named them after Esenyurt. They even call a neighborhood in Syria where returnees are settled as Esenyurt," he says. Muhammad Jumaa, one of the returnees, said he was happy to return. "I arrived in Turkey four years ago. May Allah bless people here. The municipality was of great help to us. There is no place like home, but Turkey is our second country. May Allah protect it," he said.

Returns increased in the past months after successive operations to end the Daesh terrorists' takeover of al-Bab, Jarablus and the clearing of Afrin of the People's Protection Units (YPG) terrorists in Operation Euphrates Shield and Operation Olive Branch in 2016 and earlier this year.