Traffic grinds to a halt over suicide attempt 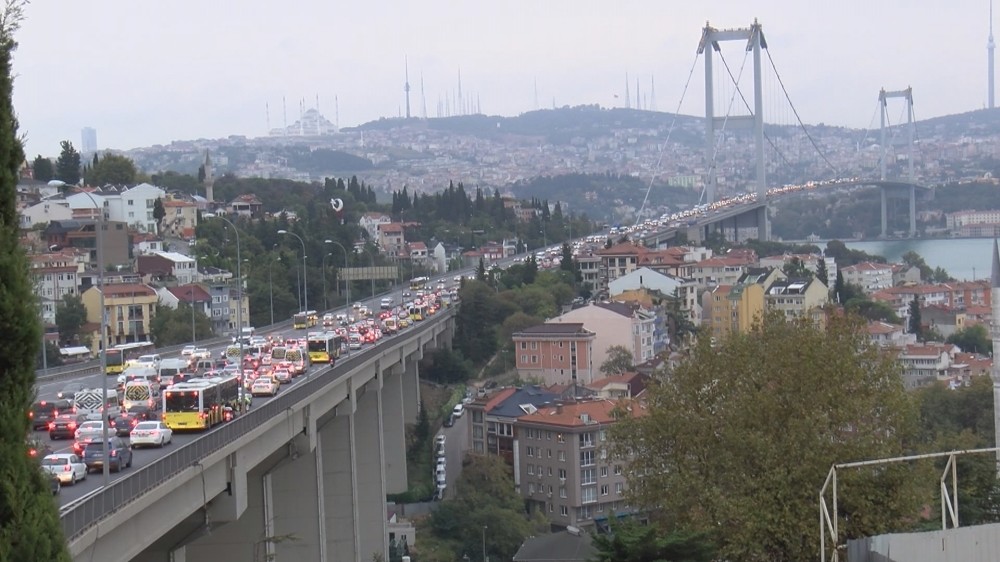 Motorists alerted the authorities at 6:30 a.m. yesterday after seeing a man exhibiting suicidal behavior on the side of the suspension bridge.

Drivers slowing down to watch the spectacle caused traffic congestion.

At first, ordinary traffic police officers tried to persuade the man out of jumping into the Bosporus, which almost certainly would have led to his death. When their efforts failed, a negotiator was sent and it took the officer nearly four hours to get the man to come down from the railing.

The unidentified man was later taken to a nearby police station.