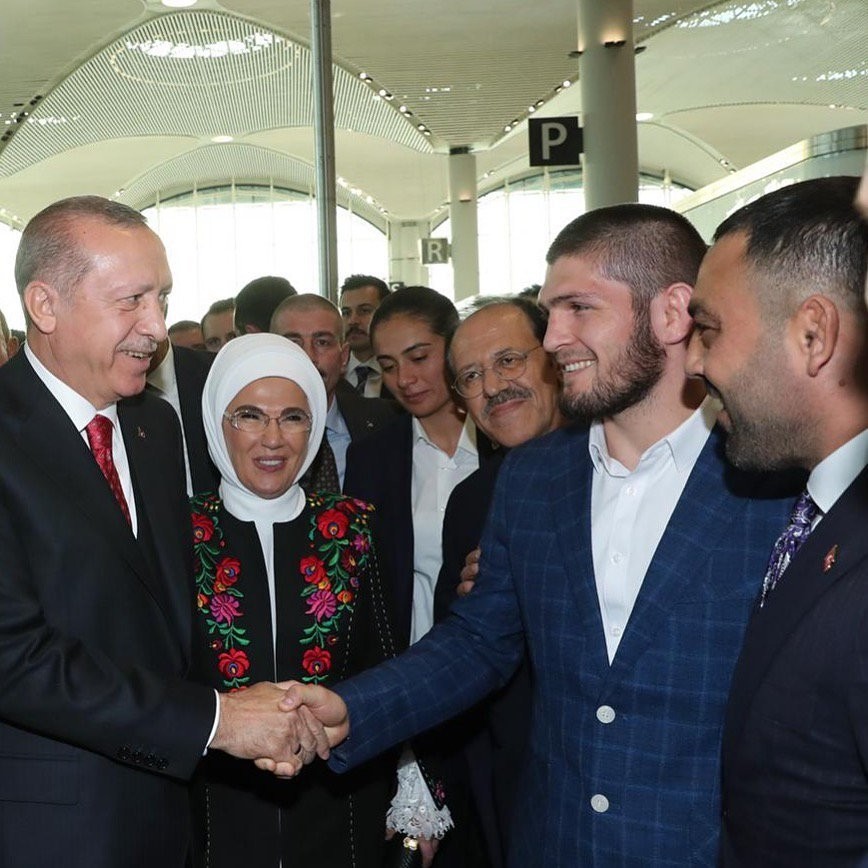 The fighter also met with President Recep Tayyip Erdoğan after the ceremony.

Nurmagomedov, a 30-year-old Russian, kept his UFC lightweight crown with a fourth-round submission victory over Ireland's McGregor in Las Vegas, improving to 27-0 in his professional career and 11-0 in UFC bouts.