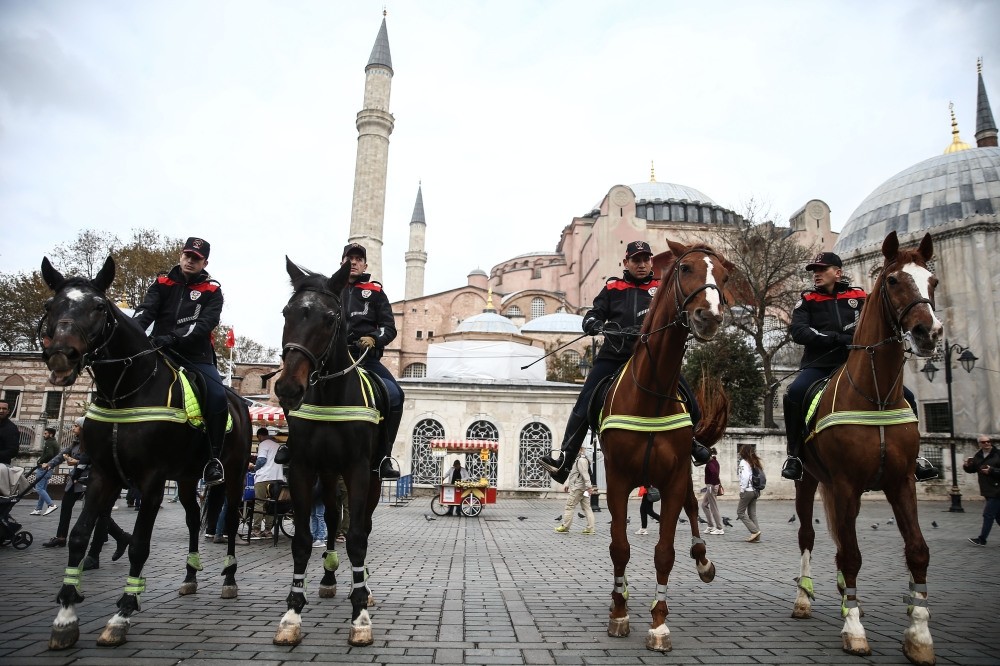 Istanbul police introduced its mounted units yesterday. The first beat was at Sultanahmet Square which was once known as Horse Square as it was once the home of the Hippodrome used for horse racing in the Roman era.

Five policewomen and 15 policemen rode their horses across the square which hosts city's most famous landmarks the Blue Mosque and the Hagia Sophia. Officers started their beat after completing four months of training in the capital Ankara, which is among three cities where mounted police are on duty.

Tourists and local people were surprised to see horses in the square for the first time in decades and took selfies with officers. Apart from the square which is crowded with hundreds of tourists from all across the globe for most of the year, mounted police will be deployed in parks in the city and will provide security outside stadiums during matches.