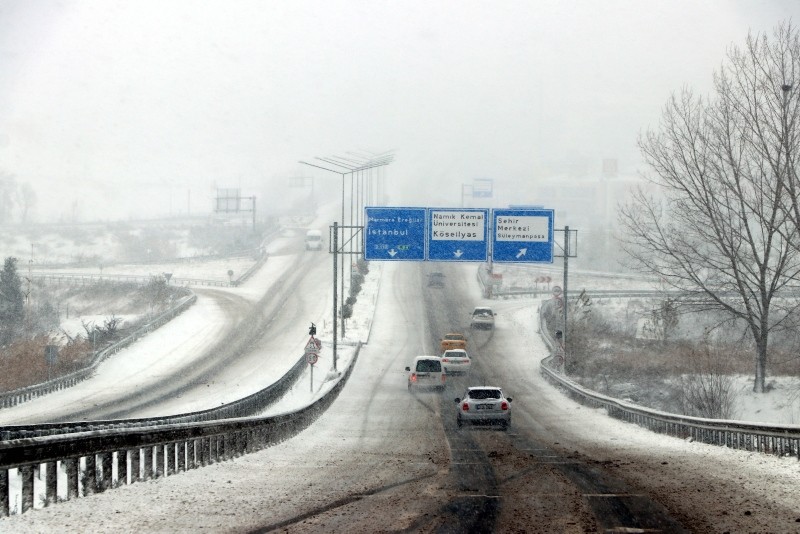 The harsh weather disrupted daily life, troubling the citizens as they tried to get to work and school.

In Göktürk neighborhood of Istanbul's Eyüp district, students were evacuated from a school due to a nearby swollen stream overflowing its banks.

Meanwhile, four houses in Sarıyer district on the European side of the city were flooded by the heavy rain.

Firefighters evacuated 12 people, six of them children, who were trapped in the houses.

The weather was no different on the Anatolian side.

A cargo ship ran aground in Istanbul's Şile coastal district due to the unforgiving rain and winds. The ship dropped anchor, but as the captain sought no help, rescue boats held back close to a historic lighthouse, according to the Turkish Coast Guard.

Sixteen crew members were on board the ship named "Natalia." Coast guard services have so far taken 14 of the ship's crew off the ship, with rescue efforts continuing.

While in neighboring Tekirdağ province snowfall started early in the morning, with schools declaring a two-day holiday because of the snow.