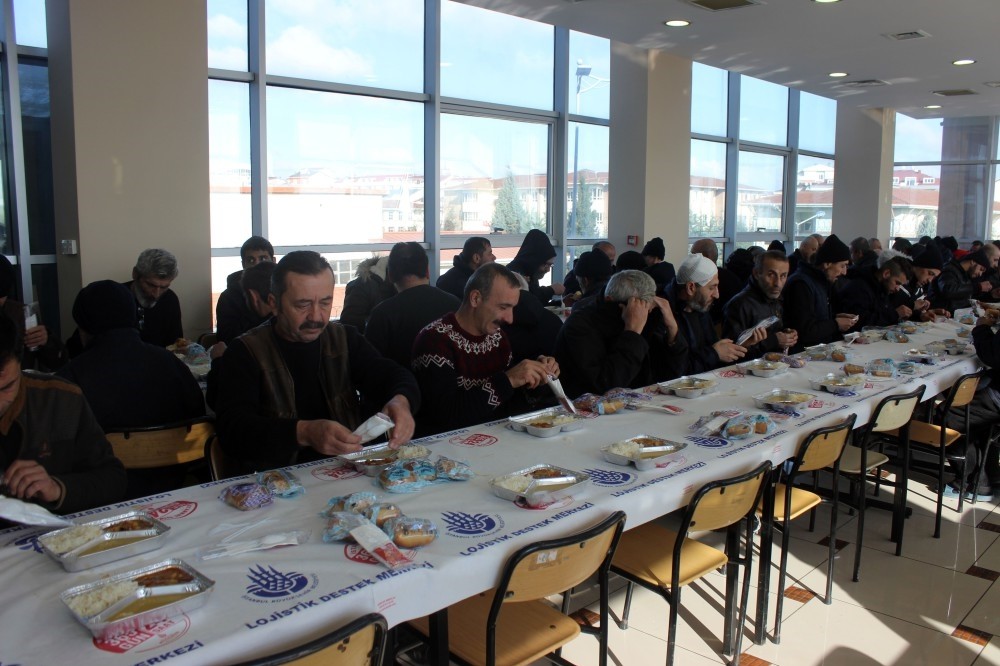 The homeless are the hardest hit victims of winter and as temperatures sharply drop, the Istanbul Metropolitan Municipality has started rounding them up to offer them shelter.

In Esenyurt on the city's western side, a large accommodation center houses dozens of homeless the municipality has reached out to on its own due to citizen phone calls alerting them to the whereabouts of the homeless.

The shelter offers three meals a day among other services. As snowfall and temperatures nearing zero grip the city, they recline in chairs in the shelter to watch TV and read newspapers.

Most shy away from saying how they fell into homelessness and only give their first names. Orkun is one of them. Living on the streets for two years, Orkun said he was thankful for the shelter. "We have everything here, breakfast, lunch and dinner. The staff here are very kind. We have doctors, bathrooms, everything. If I wasn't here, I would keep looking for another shelter, but I am thankful to people who offered us this place," he said.

Muzaffer Bulut Akkan, a 33-year-old man who has been living on the streets for the past 10 years, is a regular at municipality shelters every winter. "We have to cling to life in a way. Other people out on the street should know that there is a place for them. They should know that the state would take care of them. The municipality opens its doors when you don't have a job or a place to go. They give us everything here, but I wish no one would be homeless," Akkan said. Foreign homeless of Istanbul are also guests of the shelter, something Akkan credits for improving his English skills.