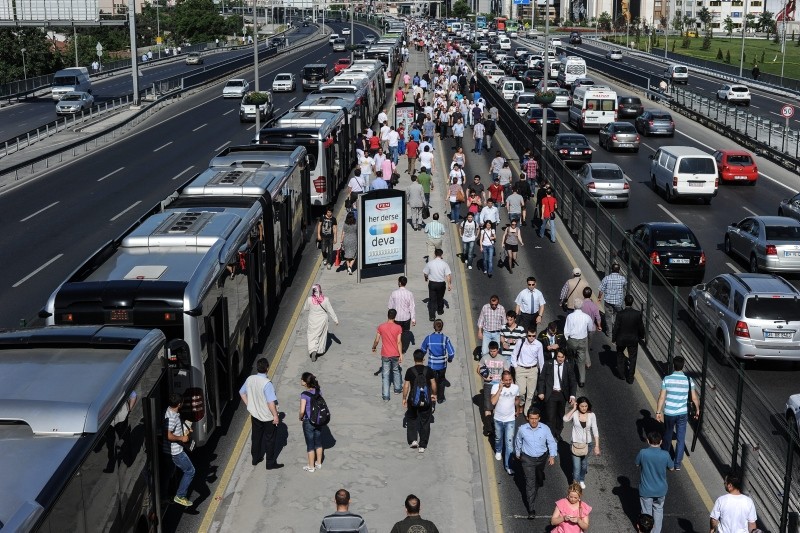 The number of people using public transportation has surpassed 1.6 billion in 2018, more than the population of China, the world's most populous country, information released by the Istanbul Metropolitan Municipality said.

A total of 1,678,390,955 people used public transit in the busy city, including buses, subways, trams and railways in the past year.

Buses alone have carried out over 15 million trips in 2018, providing transportation services to over 963 million people and making over 361 million kilometers in total, equal to 9,016 trips around the world.

More Istanbulites chose to use subways for transportation, with over 715 million passengers using the rail system for commuting.

Istanbul has the largest number of motor vehicles compared to other cities in Turkey, at more than 4.1 million. The city has attracted millions seeking better lives for centuries, leading to steady growth and leaving authorities searching for ways to encourage relocation, such as free transportation for families leaving the city for their hometowns permanently.