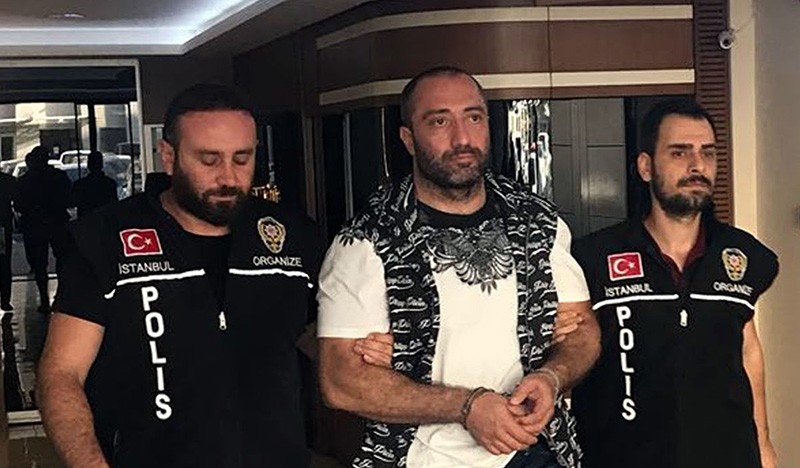 Bulgarian gang leader Dimitar Zhelyazkov, who was arrested by Turkish police in August has been handed to Bulgarian authorities, a statement by the police said Saturday.

"Escorted by our Interpol-Europol Directorate staff, the suspect was handed to authorities from Bulgaria after the completion of his extradition process on Feb. 15, 2019," a statement by Istanbul Police said, adding that the Turkish police will continue to cooperate with international and regional counterparts to ensure security in the region.

Zhelyazkov, 46, was sought by an international arrest warrant by Interpol on charges of running a criminal organization, arson, racketeering and extortion.

He was captured by Istanbul Police on August 4, 2018, in Bakırköy district.