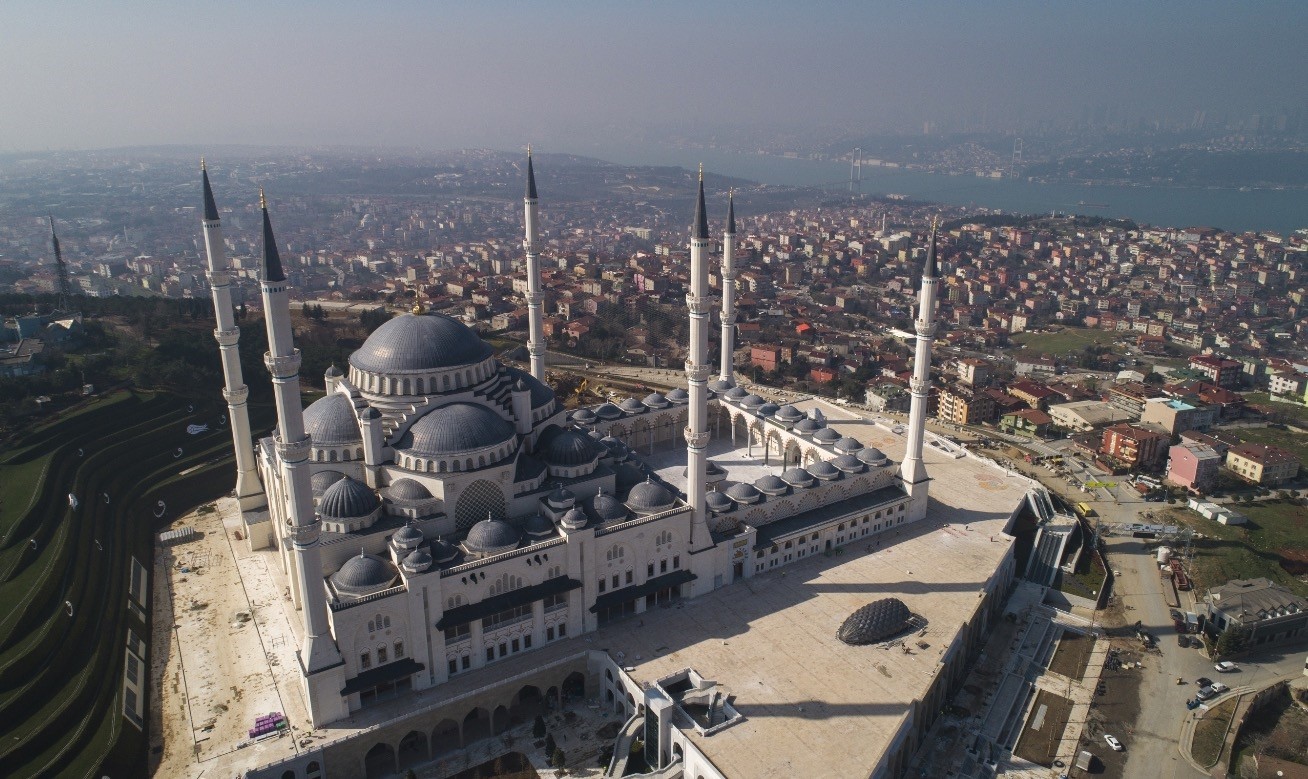 The mosque which bears the hallmarks of Ottoman and Seljuk architecture, is more than a place of worship and hosts additional venues like a conference hall and a museum.
by Daily Sabah Feb 20, 2019 12:07 am

Çamlıca Mosque is set to open in a month with construction that began almost six years ago winding down. Once completed, it will be the biggest mosque in Turkey according to the association that funded it

Atop a hill on Istanbul's Asian side, six minarets silhouette the skyline. Under the shadow of these tall spires, lies Turkey's biggest mosque capable of hosting 60,000 faithful at the same time.

Çamlıca Mosque, named after the hill it is located on in Üsküdar district, is set to open in "15 to 20 days" according to the association that funded its construction. An official opening ceremony is expected to be held later with the participation of President Recep Tayyip Erdoğan, who has heaped praise on the mosque. 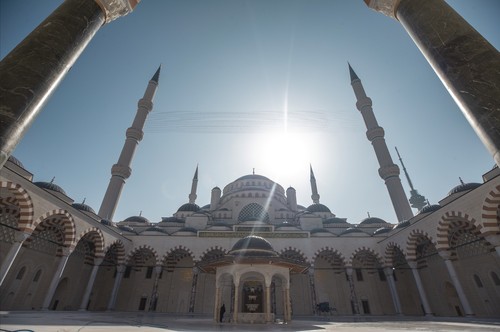 The foundation for the mosque was laid in August 2013, as Muslims sought to add a new, spectacular example to the mosques around the city while at the same time address the needs of the community in the immediate vicinity of the site. Designed as a successor rather than a rival to grand Ottoman-era mosques like the famed Blue Mosque, Çamlıca incorporates the old and new in its architecture with traces of decoration and building styles from the Ottoman era and the pre-Ottoman Seljuk architecture. They are complemented with modern touches and additions that did not exist in old mosques, from a large parking lot, a museum, and an art gallery to a workshop for artists, a library and a conference hall. 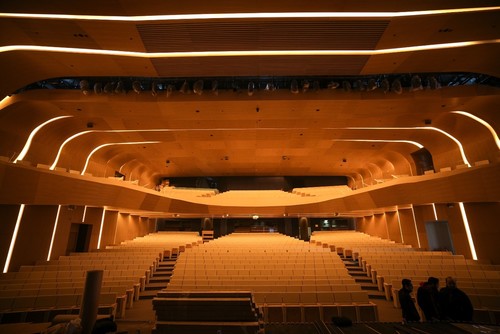 Ergin Külünk, head of the association founded by a group of donors to build the mosque, told Anadolu Agency (AA) that the mosque is "more like a complex than a simple place of worship." Outside the massive building, 90-acres of land adorned with lush greenery stretch across the top of the hill, giving mosque goers a sight to behold apart from Bosporus on the outskirts of the hill.

An opening date was set for the Muslim holy month of Ramadan in 2018 but it was delayed. Külünk says the mosque's construction is complete but the construction of additional venues is expected to finish within weeks.

He says the design of the mosque was picked from 62 candidates. "This is a classical mosque and we drew inspiration from Sinan the Architect but we did not copy him," Külünk says, referring to the legendary Ottoman architect who is behind landmarks in Istanbul and other cities. The inspiration manifests itself in elegant arches in the courtyard, domes and six minarets that symbolize Islam's six articles of faith. 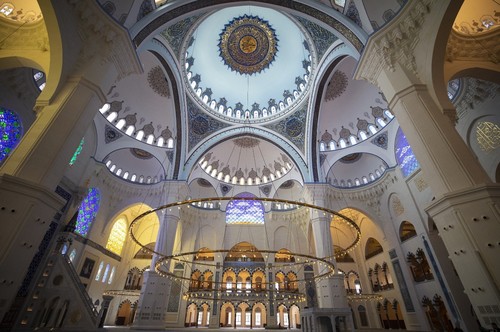 The museum and art gallery are among the highlights of the mosque and what separates it from its modern counterparts. The museum will host a number of artifacts but its contents remain shrouded in mystery. Külünk says the museum will function as a venue run by Topkapı Palace Museum.

Çamlıca, set to be a symbol of Istanbul, lives and breathes symbols itself. Apart from six minarets representing the six articles of the faith, its four minarets are exactly 107.1 meters tall, in a tribute to 1071 Malazgirt (Manzikert) victory of the Seljuks against the Byzantine army that cemented Muslim rule in Anatolia. Its 72-meter high main dome represents what builders say are the 72 nations who lived in the city. The secondary dome has a diameter of 34 meters, after the license plate number for the city. The interior of the dome is inscribed with 16 adjectives attributed to Allah and 16 here also symbolizes the number of states founded by Turks in history. Atop the main dome is a three-piece finial that weighs 4.5 tons and at a height of 7.77 meters, the largest of its kind.

The mosque has a capacity of accommodating 25,000 people for prayers inside, another 12,500 in the spacious inner courtyard and 22,500 others in the outer courtyard. It also has a parking lot for 3,500 vehicles, a 1,000-seat conference hall and a museum that covers an area of 11,000 square meters.