Fog adds to beauty and problems of Istanbul 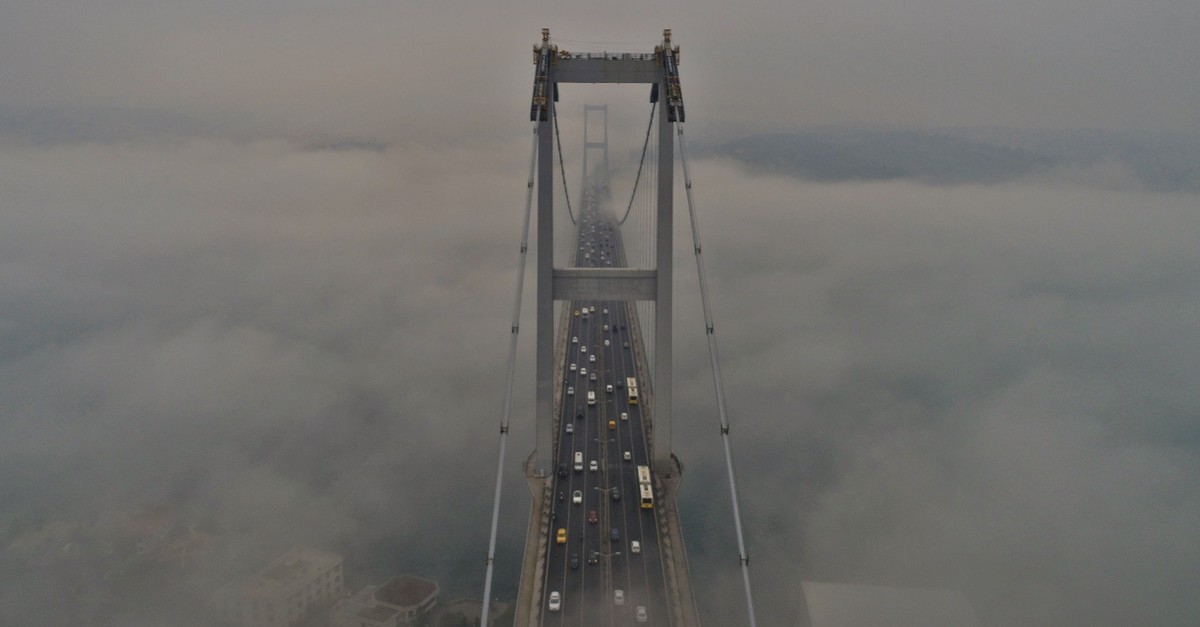 Istanbul has been gripped with dense fog for three days straight, giving photography enthusiasts countless opportunities to capture the beauty of one of the most enchanting cities in Turkey.

On the downside, the city's transport has been plagued with delays and cancellations. Ferry lines connecting the city's Asian and European sides were cancelled as visibility at times dropped to 10 meters. Some arriving flights were diverted to nearby cities as the thick fog also engulfed the city's airports. Traffic came to a halt particularly during rush hour although the fog had mostly cleared by the afternoon in the last three days. The fog, which also took hold in cities near Istanbul, led to repeated closures of the Çanakkale Strait. Elsewhere, hundreds of vessels had to wait off the two entrances of the Bosporus, the country's busiest waterway, due to heavy fog.

It may be the least of troubles for Istanbul, however, if the weather forecast for the weekend is taken into consideration. Meteorology services warn that heavy snowfall will take hold across the city on Saturday and Sunday, preceded with rainfall today. Temperatures will also drop to as low as 3 degrees Celsius over the weekend.