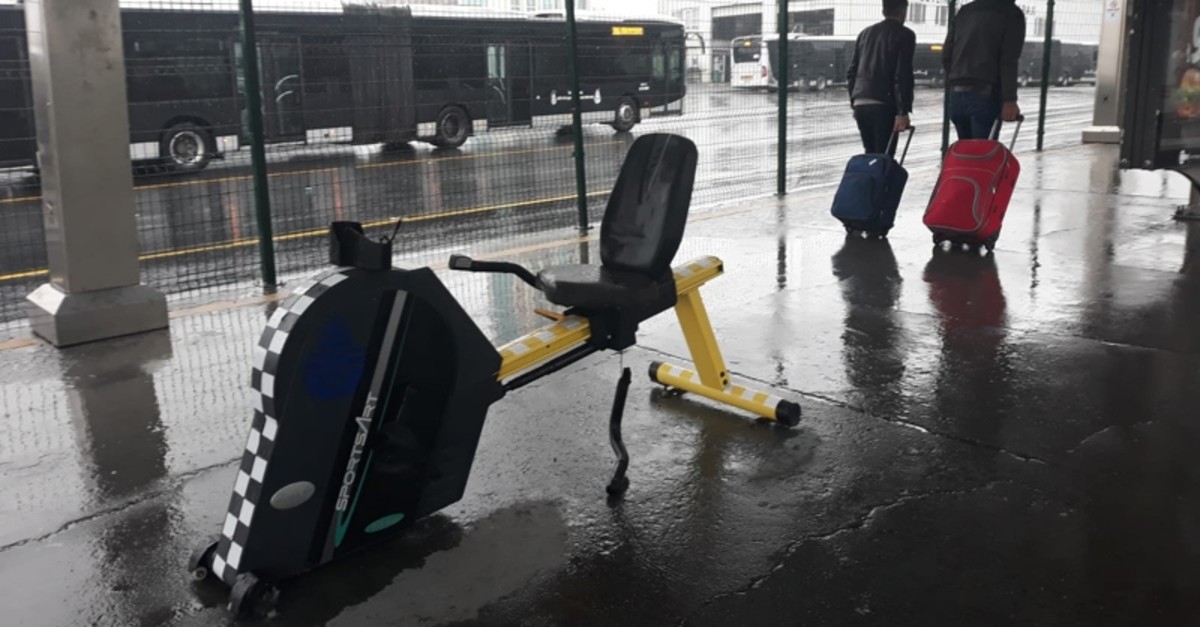 Energy-producing bicycles have been placed at some public transportation stations in Istanbul by the General Directorate of the Istanbul Electric Tram and Tunnel Company (IETT) to draw attention to renewable energy production while promoting a healthier lifestyle.

The General Directorate's project redesigned unused bikes so that the physical energy of a person pedaling is converted into electrical energy which can be used by the biker to charge a mobile phone.

The refurbished bikes were placed in three locations on Istanbul's European side – Mecidiyeköy and Beylikdüzü Metrobüs stations, and in the historical Karaköy Tunnel which links Karaköy to Istiklal Avenue.

The Directorate plans to increase the number of bikes and place them at every station.

Generating energy through or at mass transit routes and stops is not a new concept for Istanbul. Last year, a new project was introduced to produce energy from speeding buses. Authorities have announced that the city's 50-kilometer-long bus rapid transit (BRT) route, called the Metrobüs, may soon generate enough power to supply a small district, thanks to the speed of the buses. A system installed at the Topkapı Metrobüs stop has yielded successful results by generating power from the wind generated by the buses speeding through. The plan is to install 300 wind turbines for the 1-kilometer-long stop. Calculations suggest that the 45-stop Metrobüs line has the potential to generate electricity for 20,000 households.

Turkey revised its renewable energy target for 2023 last year, prescribing additional steps to increase the share of clean electricity production from 31 percent to more than 50 percent by 2023.

In May 2018, Turkey's energy watchdog the Energy Market Regulatory Authority (EMRA) said that the installed electricity capacity increased by 181 percent from 32,000 megawatts (MW) over the last 15 years up to 90,000 MW. The share of renewable electricity capacity out of total installed capacity reached 46 percent in May while renewable power generation was around 30 percent.