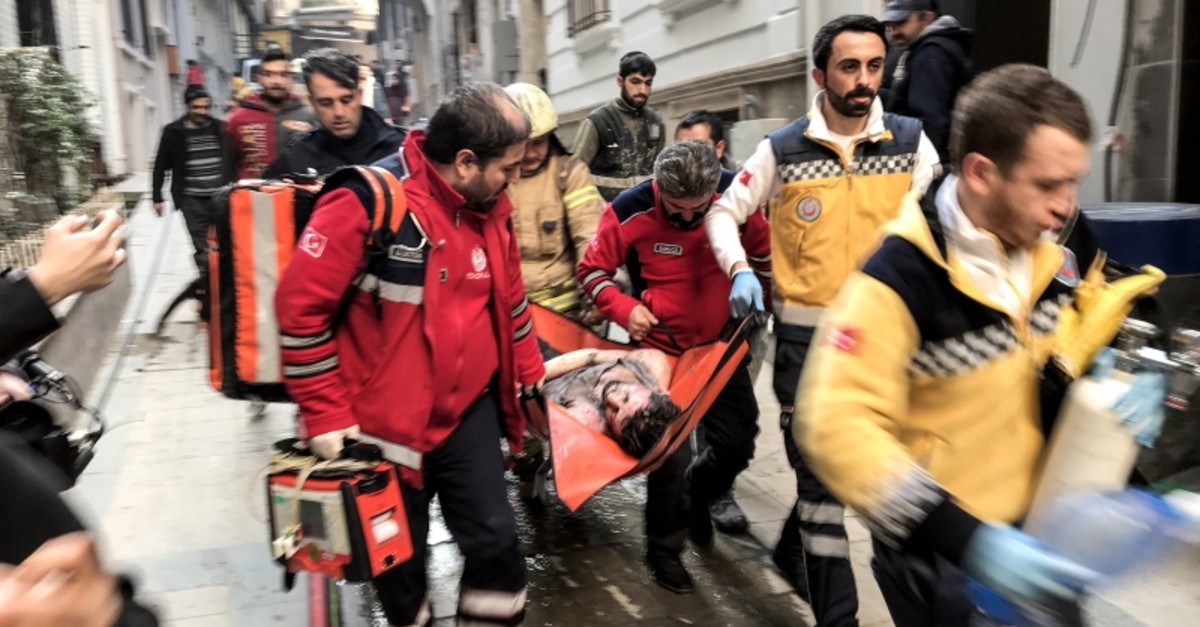 Two people, including the person who confessed to the crime, have been arrested in connection with a fire in a five-story building in historical Beyoğlu district of Istanbul that left four dead and another injured.

Özkan Elmas, who was detained in the southern city of Hatay, confessed to police Monday that he has started the deadly fire in Istanbul on Sunday.

After the suspects were questioned, the Istanbul Prosecutor's Office ordered 26-year-old Özkan and his uncle Yunus Elmas to be arrested over the incident. Yunus is accused of being an accesory to murder.

Özkan was sharing a flat in a run-down five-story building in Istanbul's Beyoğlu district with the four victims. All were workers at restaurants and bars in Asmalı Mescit, a popular nighttime locale in the district. The suspect told police he had a dispute with Ramazan D., who was one of the survivors in the fire and set fire to newspapers he found in the house when he saw his housemates throwing away his possessions. He added that he threw some of the burning newspapers on Ramazan D.'s bed while he was sleeping. He said he called the fire department in panic when the flames suddenly engulfed the entire apartment, before fleeing the scene.

The cause of the fire is still not known.