Mystery philanthropist becomes talk of the town in Istanbul’s Beyoğlu 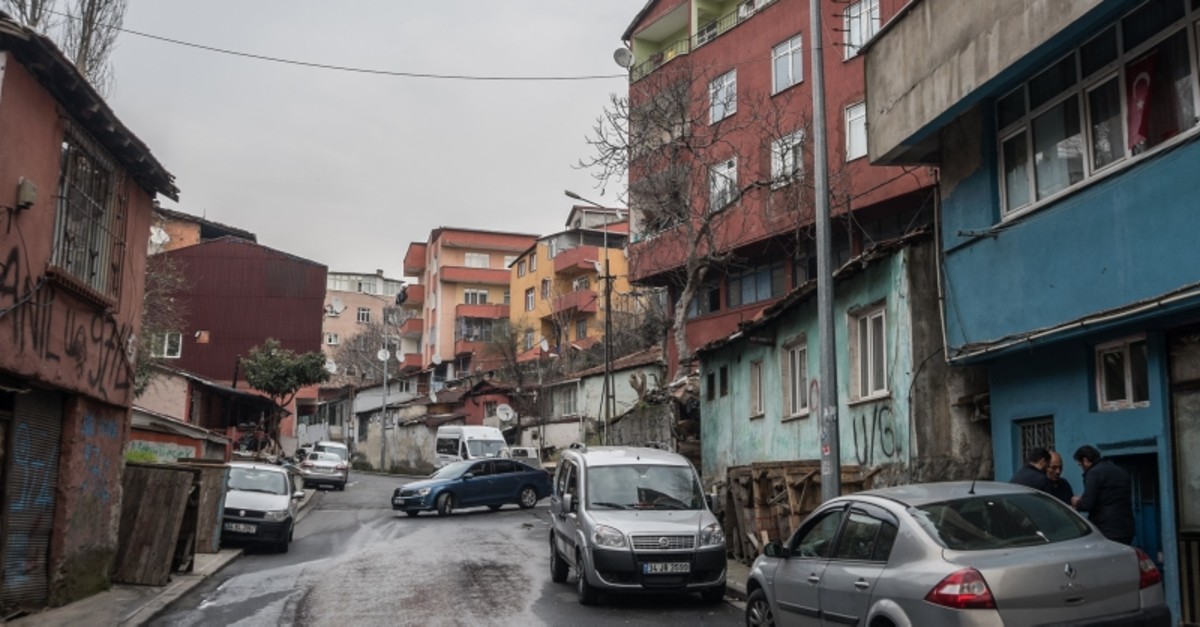 In recent weeks, many residents of a working-class neighborhood of Istanbul's Beyoğlu district have woken up to find an envelope pushed under their door containing a sizable amount of money, prompting locals to wonder who the good Samaritan is.

During much of last month, residents of Hasköy neighborhood found envelopes containing 1,000 Turkish liras ($185) placed in envelopes on their doorsteps. The amount is not much, but given that the minimum wage has recently been increased to TL 2,020, it is surely a relief for those trying to make ends meet.

Locals say that some unidentified people have come into the neighborhood late at night or early in the morning to distribute the envelopes to families with lower income and to those in need. Some families receive a single envelope while others receive two or three the same time.

Initially, people were uneasy with the envelopes, thinking that the money might be related to criminal activities. But, since many people have now received the funds and almost all of them were in need, locals have adjusted to the idea that the envelopes are meant as aid.

Locals now call this philanthropist "Hızır," also known as Khidr or al-Khidr in Arabic and Persian, an ancient figure mentioned in the Quran and regarded by many as a prophet believed to come to the aid of those in need.

Paşa Ali Bilgin, a Hasköy resident, told Demirören News Agency that he and his sister received the envelopes early in the morning. "I was awake for morning prayers and counting beads at home. There was a sound so I went out. I saw them talking to my sister. I asked what was going on and a man replied 'Uncle, I left an envelope for groceries.' I thought there was maybe TL 100 or TL 200 in the envelope, but I saw TL 1,000. We received three envelopes. I asked them where the money is coming from, but they said they could not tell and it was thanks to their boss. Then they left," Bilgin said.

Another resident, Metin Canbolat, said the men distributing the envelopes said they saw houses in poor condition and slid the envelopes under the doors. "I don't know who does this and what for. We heard 10 to 15 people receiving this money, but there are more people who received it in the neighborhood. There were rumors earlier, but now we know for sure since our immediate circle received it this time," Canbolat said.

"May God bless this person. We haven't received any money but so many houses were cheered up. Such people are needed," he added.

Local Oğuzhan Erzurumlu said the envelopes are distributed out of an inquiry since they were distributed only to those in need. "My guess is that the person who is distributing the money is someone who used to live here and later became rich but did not forget this place, because it is impossible to know all these houses that are in need," he said.

Located in the northern shore of the Golden Horn (Haliç), Hasköy was once a cosmopolitan and active working class neighborhood located next to large Haliç military and civilian shipyard, with sizable Ottoman Jewish, Greek and Armenian populations. With the transfer of industries out of heavily-polluted Haliç area beginning in the 1980s and the departure of minority populations from the area, many neighborhoods experienced a downfall with slums emerging on their outskirts.