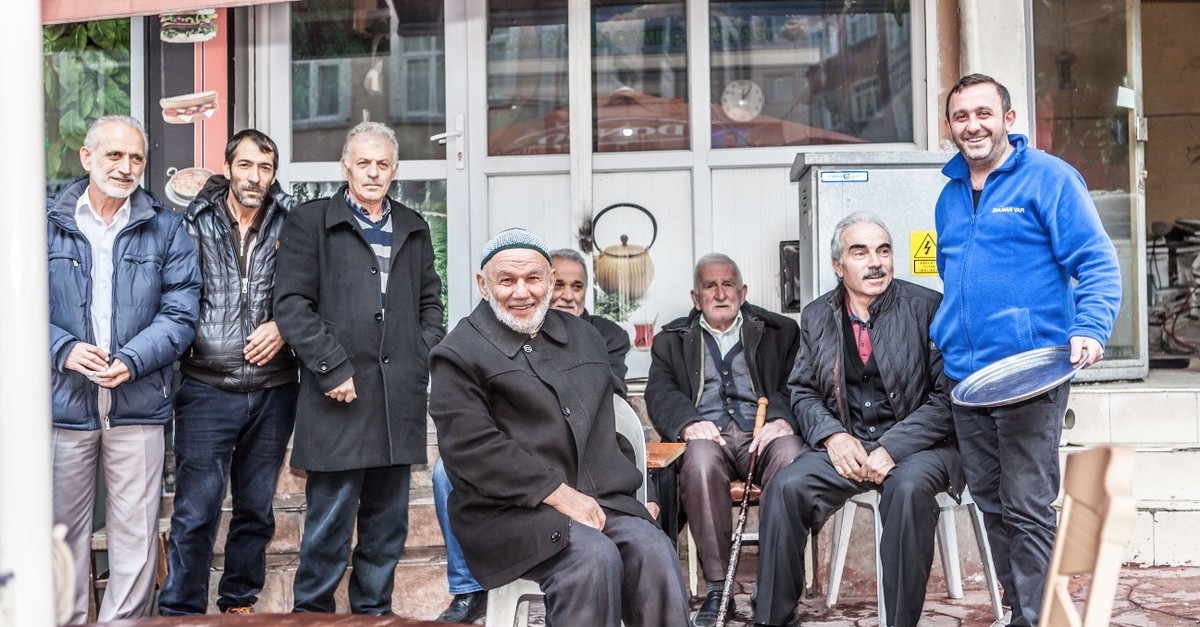 Locals are baffled about the identity of the philanthropist and are asking for more envelopes for those who did not receive them. (Photos by Hatice u00c7u0131nar)
by Meltem Sarsılmaz Mar 07, 2019 12:08 am

Was it a former resident who struck it rich or someone with too much money and time on their hands? Whoever is behind the envelopes full of money left on doorsteps, the residents of Hasköy are as grateful as they are dumbfounded.

Hasköy is an old quarter in Istanbul's Beyoğlu district dotted with working-class neighborhoods. Old apartment buildings face one-floor "gecekondus," shanty dwellings, a few blocks away from the Golden Horn. Until the past few weeks, residents eking out a living, working low-paying jobs, were leading quiet lives. It all changed when some people started showing up in the neighborhood with envelopes full of money. Those men would leave envelopes on the doorsteps and disappear after staving off the curiosity of the locals. Nobody knew the reason, save for one person who said that they were ordered by their "boss" to deliver the envelopes to more than 10 houses. This mysterious benefactor has been nicknamed "Hızır" by residents, an ancient figure mentioned in the Quran and believed to be a prophet coming to the aid of people in times of need. 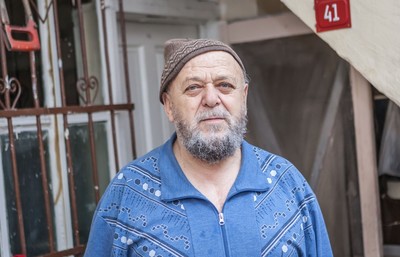 Paşa Ali Bilgin, dubbed "uncle" by the locals, is among the few people to run into the mysterious philanthropist's men. "I was up in the morning for prayer. It was about 6:30 a.m. and I heard a noise outside. I saw a young man holding an envelope. 'Take it sir; it is for groceries' he said. There was a luxury car outside and another young man in that car. I asked [the man who gave the envelope] who was giving the money. He told me they can't tell the name but it was his boss," Bilgin said. He then spotted a neighbor looking at them from an opposite window. "I told the man he should give an envelope to her and other neighbors as well. He left two more on their doorstep and window," he added. Bilgin thought it would be only a few bucks but was surprised to see the envelope had TL 1,000 in it, almost half of the minimum wage. 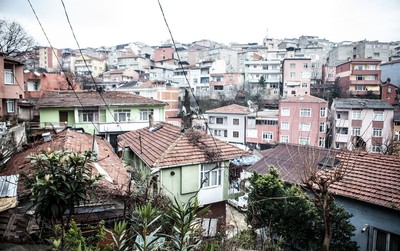 Mahmut, another local who did not give his last name, said he was in his father's house when there was a knock on the door about one hour after midnight. "I answered the door and there was a man. He handed me an envelope and said a 'benevolent person' sent it. I thanked him and he left," he recounted.

The neighborhood made headlines due to the mystery and naturally, it is all the locals talk about. Some are grateful for the aid while others are saying they did not choose well.

"I am poor too. I pay rent and have no social security," a local says while another says his house was "skipped" while his neighbors were given envelopes.

"There is a poor widow over there. They should have helped her," he says.

The neighborhood is no stranger to charities but it is the first time the aid was delivered in that way. Yaşar Çetin, the muhtar, or head of the neighborhood, says he has a list of people in need and whoever this philanthropist is, he or she should reach out to them too.

Çetin also has no clue about the identity of the benefactor but he believes it is "someone who knows the neighborhood well" based on the choice of houses the envelopes were delivered to.