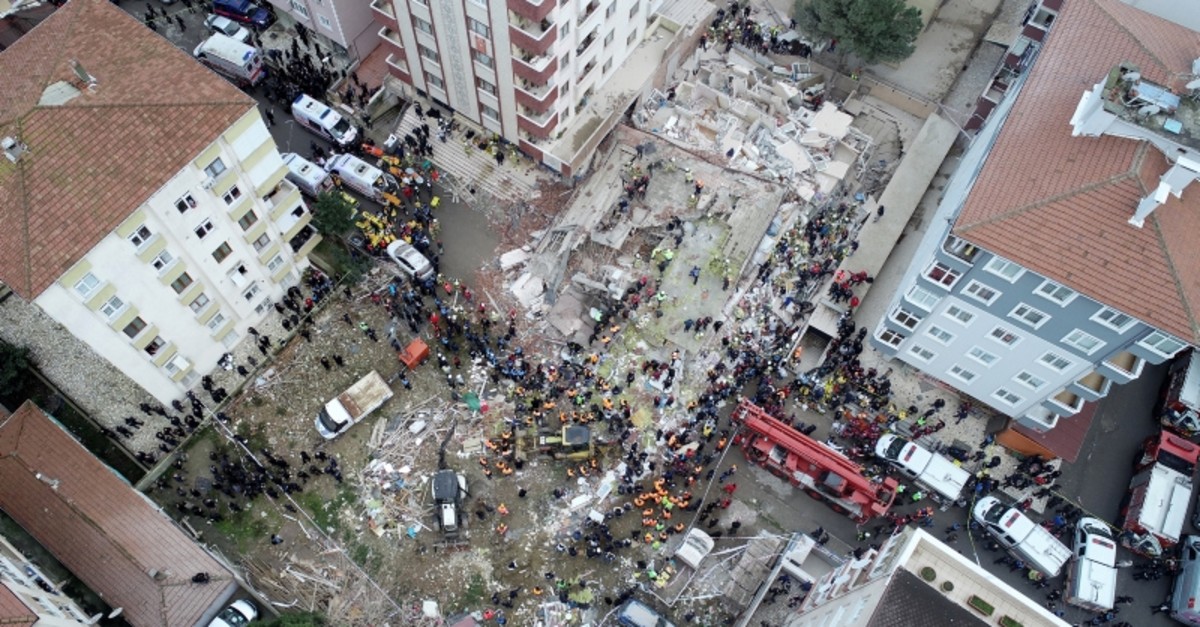 Three suspects, including the project manager of the Yeşilyurt Apartment building that collapsed in Istanbul in February, killing 21 people, have been charged with causing death by neglect.

Prosecutors wrapped up an indictment against project manager Suzan Çayır, technical officer Uğur Mısırlıoğlu and safety inspector Arzu Keleş Baran on the deadly collapse tied to unsafe construction of the building. Each face prison terms ranging from two years to 15 years over the deaths and injuries of 14 others.

The indictment will now be assessed by a court and if accepted, a court date will be set for suspects.

The residential building at the Kartal district on Istanbul's Asian side collapsed suddenly on Feb. 6 and initial findings pointed to the use of low-grade material in the construction of the building in the early 1990s. Officials have also disclosed that more floors were added illegally to the building, which might have played a role in the collapse. Four suspects were initially detained but only Çayır and Mısırlıoğlu remain in custody while the others were released pending trial. A construction engineer in the same investigation was released earlier.

Media reports noted that some of the load-bearing columns at the bottom of the building had been removed, which is believed to be one of the reasons for its collapse. Another building next to the collapsed one, which was evacuated shortly after the incident, was demolished as an investigation revealed it might also collapse.

Authorities examined other buildings in the area and across the city following the incident against the risk of collapse.

President Recep Tayyip Erdoğan said following the incident that there were "many lessons to learn" from the collapse and the government would take "determined steps" after investigators complete their work. "This is not a natural disaster. These events happened because of the illegal buildings constructed just for the sake of earning more money, without adhering to safety standards," he said.