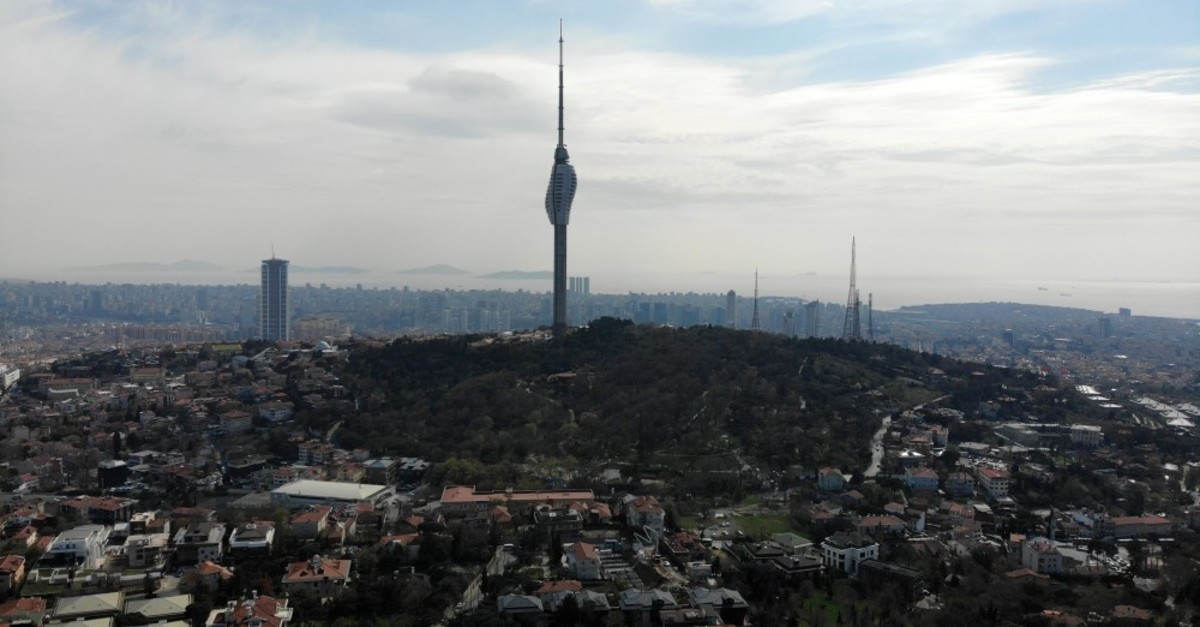 A radio-TV tower on Istanbul's Asian side nears the end of construction, preparing to give a unique view of the city to visitors. Work is set to be completed this week on a section of the tower to be used as a restaurant and observation deck on the 388-meters high structure. The construction is set to end this year though no scheduled date has been given yet.

The construction of the tower, which is hoped will end visual pollution of scattered giant and outdated TV antennae, started in March 2016 on Çamlıca hill overlooking the Bosporus. Ten separate floors have been installed in the tower so far and these will be used to house social facilities. Construction of five new floors is still underway.

A 221-meter high concrete section of the tower is already built and a steel support that will accommodate the antennae is still being installed. The antenna on the top of the tower weighs 1,400 tons. The tower is located some 576 meters above sea level and will have 53 floors in total, including four underground. A crew of 300 workers and engineers are working around the clock to finish the construction.

The tower's 39th and 40th floors will house one restaurant each and observation decks will be set up on the 33rd and 34th floors. An architecture company was commissioned by the Turkish Ministry of Transport, Maritime and Communication for the design of the tower whose silhouette changes depending on views from different directions around the city. Along with restaurants and observation decks, the tower will feature exhibition spaces, a panoramic elevator and cafes. A 180-degree view with panorama elevators on two sides of the structure will allow visitors to see the iconic historic landmarks on the city's European side and a vast stretch of the Black Sea coast to the north. Officials expect to draw some 4 million or more visitors annually to the tower, which will be the highest in the city, rivaling a 261 meters high skyscraper on the city's European side.