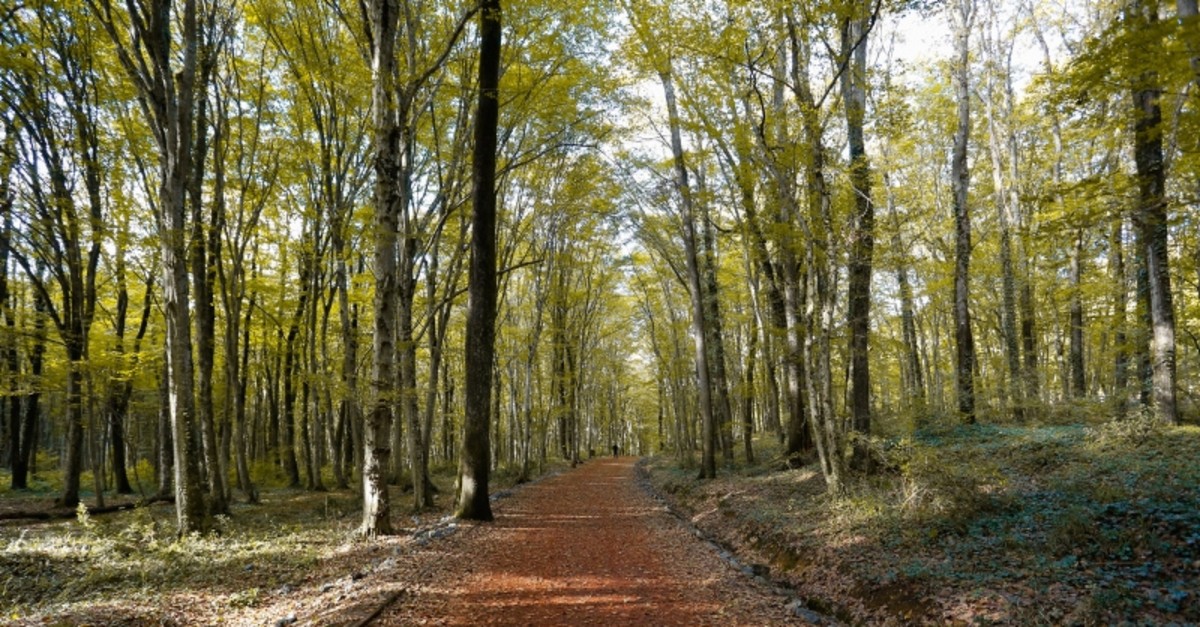 Trekking in the nature over the weekend is a luxury for most Istanbulites packed in the 16-million megacity, but the Istanbul Electric Tram and Tunnel Company (IETT) seems to have come to the people's rescue.

In a statement, the Istanbul Metropolitan Municipality (IBB) said the city's public transport body the IETT had launched two trekking lines for the summer that will start operating as of Saturday, June 15.

The D1 bus line will serve on the Asian side from Kadıköy and Üsküdar districts to Polonezköy, a unique village established in the lush forests on the rural outskirts of Beykoz district, with four trips per day.

The D2 bus line on the Asian side will run from Beşiktaş district to Göktürk neighborhood in Eyüp district six times a day, crossing the Belgrad Forest and the Atatürk Arboretum along its route.

Polonezköy (Polish village in Turkish) is a renowned getaway spot near Istanbul. Also known as Adampol due to its founder Polish statesman Adam Jerzy Czartoryski, the village was founded by Polish settlers in 1842 who immigrated to the Ottoman Empire following the uprising of 1830-31. The Poles have since left the village, but there are several Central European-style wooden houses remaining, in addition to villas mostly serving as pensions (lodges), restaurants or breakfast cafes.

Polonezköy lies within a vast green area, which was designated as Istanbul's first national park spanning an area of 3,000 hectares surrounded by streams and wooden bridges. Among the tree species, the nature park houses hornbeam, elm, alder, chestnut and lemon trees. The wildlife that lived in the park mainly includes birds, especially storks and birds of prey that migrate here in the fall.

Across the Bosporus, the Belgrad Forest is the largest forested area in Istanbul and home to a 6-kilometer-long running track as well as several off-road tracks, small dams and picnic areas. The forest also includes the Atatürk Arboretum, one of the two arboretums in Turkey, founded in 1949. In time, the endemic plants as well as the trees that surrounded the garden grew, taking over a 296-hectare area.