Half a million migrated to Turkey in 2018, Istanbul leads as host 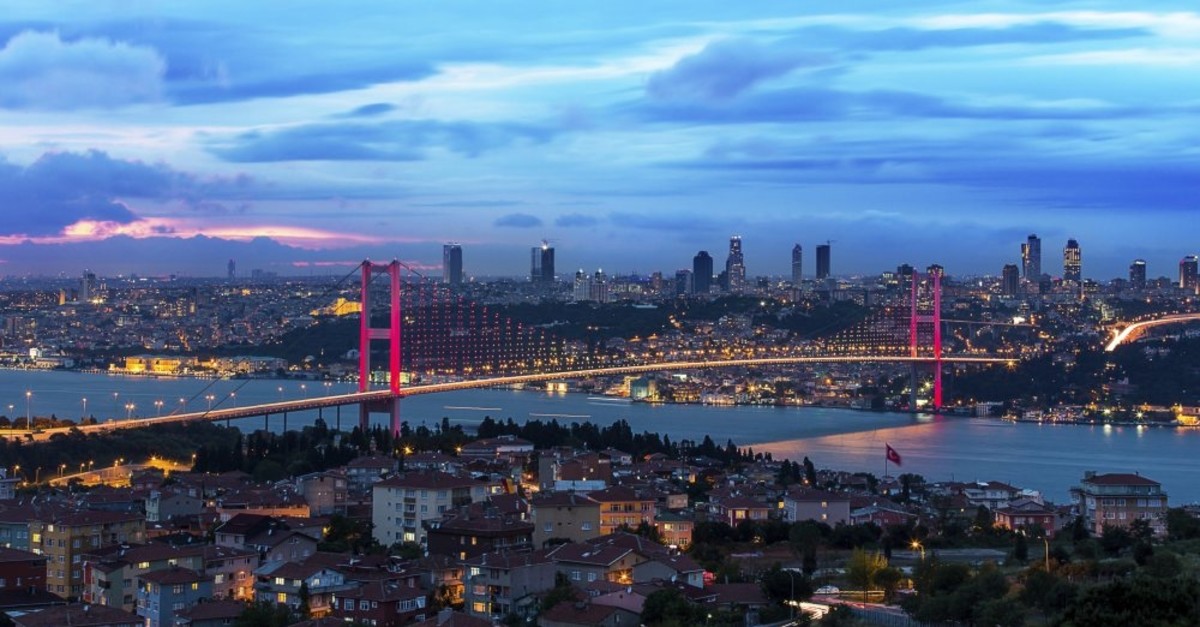 Turkey's culture and commercial capital Istanbul, which is also the most populous city, was identified as the preferred destination for most immigrants, with 202,000 people moving into the metropolis.
by Daily Sabah with AA Jul 24, 2019 12:12 am

Turkey saw its immigration rate increase by 23.8 percent in 2018 compared to 2017, according to data issued by the Turkish Statistical Institute, with Istanbul leading as the host with approximately 202.000 newcomers

As many as 577,457 people immigrated to Turkey in 2018, an increase of 23.8 percent compared to the previous year, according to the Turkish Statistical Institute (TurkStat).

TurkStat data shows that the latest number included 466,890 foreign nationals and 110,567 Turkish citizens, who returned to their country after living abroad or were not registered at the same address that they had been in the previous year.

Istanbul was identified as the preferred destination for most immigrants, with 202,000 people moving into the metropolis. Capital Ankara had become the destination of 71,337 people, followed by the Mediterranean city of Antalya, with 36,674 immigrants arriving in the city in 2018.

Meanwhile, 323,918 people left Turkey for foreign countries, with a 27.7 percent increase over the previous year. Around 53.3 percent of them were male and 46.7 percent female. Iraqis topped this list too with 20.6 percent, followed by Azerbaijanis with 7.4 percent, Uzbekistanis at 7 percent, Turkmenistan nationals at 5.4 percent and Iranians with 4.9 percent.

Turkey also hosts the highest number of refugees – nearly 4 million – in the world, according to official figures. The number of Syrian refugees living in the country was 3.63 million as of July.

According to most recent figures based on the official address-based population registration system (ADNKS), released as of Dec. 31, 2018, Turkey's population has reached 82,003,882, recording an increase of 1,193,357 people year-on-year.

Istanbul was again the country's most populous city, with over 15 million people, constituting 18.4 percent of the total population. The second and third most populous provinces also remained unchanged with Ankara and Izmir following Istanbul with 5.5 million and 4.3 million, respectively.

On the other hand, the northeastern Bayburt province was the least populated province of Turkey, with a total population slightly over 82,000. Fresh data also showed that the annual population growth rate increased to 1.47 percent in 2018 from 1.24 percent in 2017.