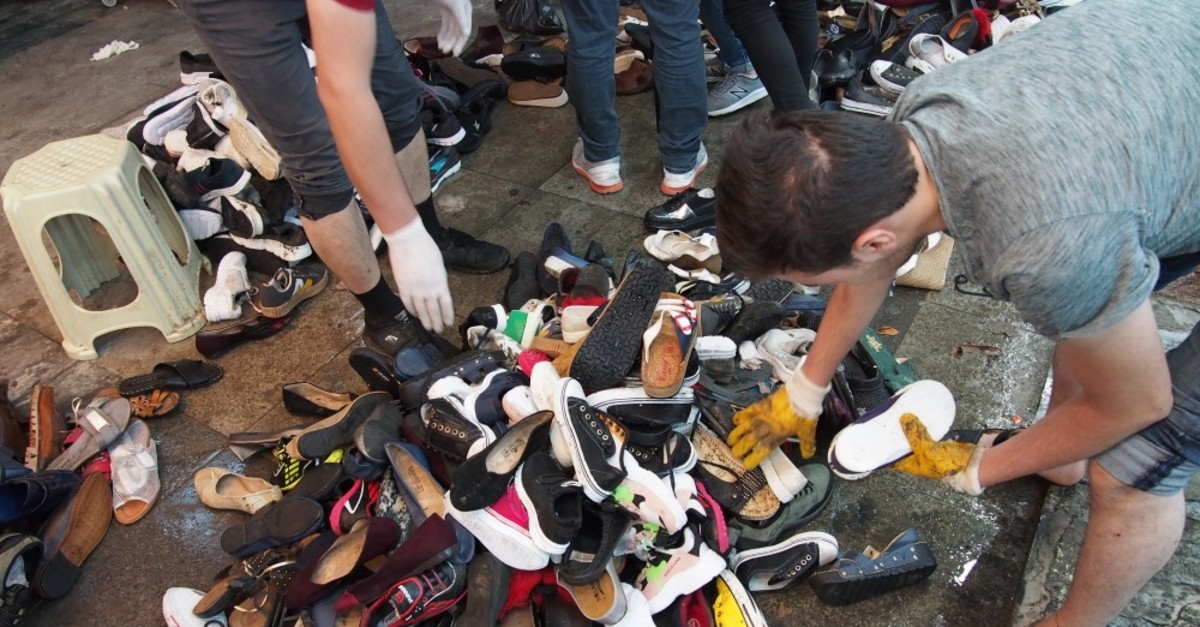 Unprecedented flash floods over the weekend were disastrous for businesses in Istanbul's harbor side bazaar in Eminönü. Shop owners slammed new Mayor Ekrem İmamoğlu for not helping them while thanking the government for support as they recover

"We didn't see anyone from the municipality," Vedat, a worker at a sweets shop said. This is what you hear nowadays from a number of shopkeepers in Eminönü, a harborside district on the outskirts of the famed Grand Bazaar in Istanbul. 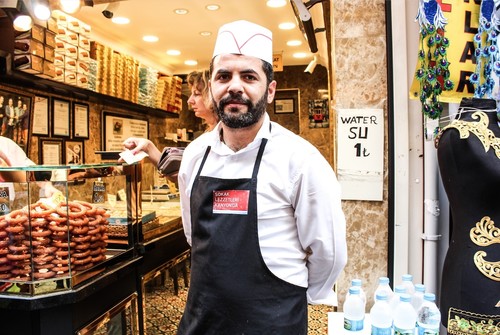 Just a few days ago, heavy rainfall that brought flash floods hit the shops here, damaging and destroying the commodities they sell, from shoes to food. Saturday's flood was unprecedented in terms of scale, as shopkeepers frantically scrambled to empty the floodwaters and salvage their goods. It was also the first major test for Ekrem İmamoğlu, the new mayor who took office after the June elections. 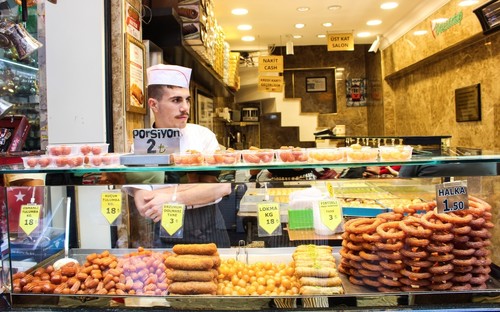 A test he apparently failed as the mayor was criticized for not interrupting his vacation and blamed weather services for not warning about imminent floods.

İmamoğlu visited businesses one day after the floods and resumed his vacation for one more day before returning to Istanbul.

"I saved the sweets but our storage room [downstairs] was flooded. We don't have financial losses because we worked on our own to protect the goods," Vedat said, explaining how they boarded the shop against floodwaters. "We did it on our own. I didn't see anybody from the municipality here, anybody to help us. Nobody warned us before," he pointed out. 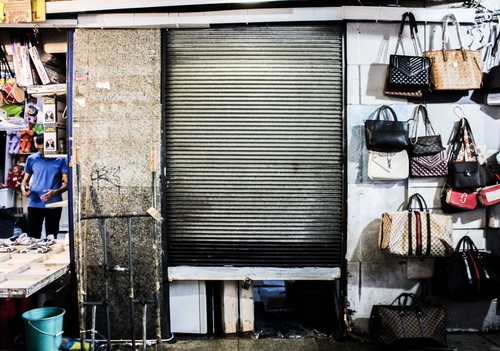 Floods hit two underpasses the most that serve as the two busiest marketplaces in the area where thousands of people cross every day, dropping by to shop. Floodwaters as high as 2 meters took over the underpasses. An underpass still remains sealed due to heavy damage from the floods with municipal police standing guard to prevent entry. It remains unclear when it will reopen. 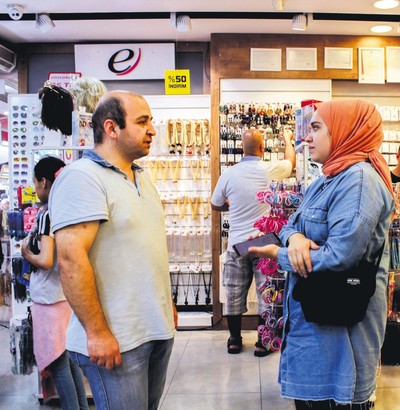 Mr. Kadir, a shopkeeper in Eminönü, speaks to Daily Sabah's Meltem Sarsılmaz. He says the shopkeepers had to fend for themselves as the municipality crews were absent at the time of the floods.

The rainy spell ended, and Eminönü is back to its busy routine, but shopkeepers still work to clean their shops.

Mahmutpaşa, a shopping street where everything from trinkets to textiles are on sale, was turned into a roaring river with floodwaters running down the slope where it is located. Shopkeepers caught off guard had to close the shutters and pile up whatever they could find in front of their shops to stop floodwaters entering. 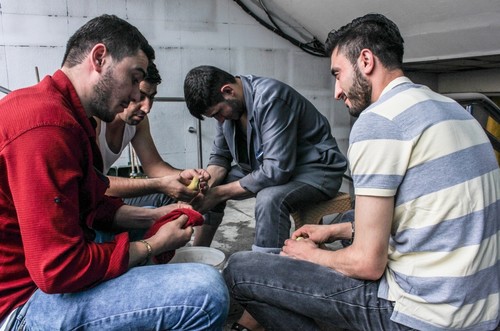 They salvaged most of the goods inside the shops but storage rooms located on lower floors of the shop were hit hard. A shopkeeper said they lost goods worth TL 20,000 in the floods and complained that it was only after the floods ended that the municipality came to help. They also complained of a lack of forewarning about the floods. A street vendor who did not give his name said most shops in Mahmutpaşa escaped unscathed, but it was devastating for shops in the underpasses. "The water level was very high and people were only saved because they pulled down the shutters. I saw people struggling to take goods out of shops. There was nobody from the municipality. Mr. Ekrem was on vacation as you know," he said sarcastically. 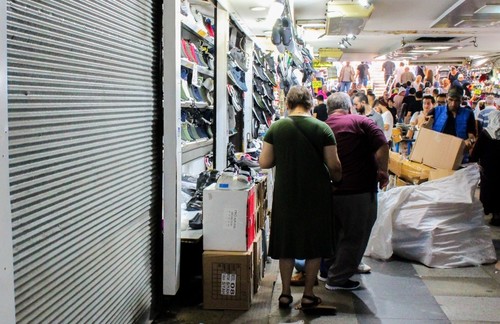 İmamoğlu, who went on a second vacation in two months since he took office, has drawn criticism for the slow response to the floods. The first mayor from an opposition party in almost two decades, İmamoğlu, who previously served as mayor of far-flung Istanbul district Beylikdüzü, faced an online backlash for failing to mobilize the municipality prior to the floods and resuming his vacation one day after visiting Eminönü.

"He came here wearing a vest so people would think he was at work," the vendor said, referring to the worker vest İmamoğlu donned as he spoke to businesses affected by floods during his visit. 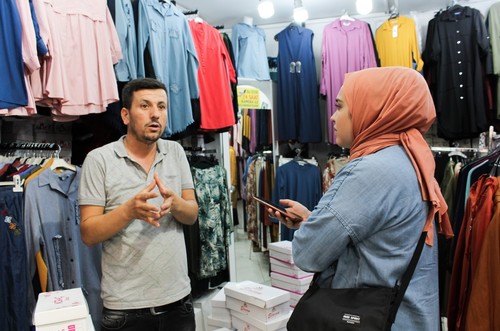 Workers at a large souvenir shop said they had to use three water pumps to empty the floodwaters. "We were waist-deep in water. Nobody came," a worker said. They say municipality crews were absent in Mahmutpaşa, but a few went to the underpasses only after the floods. The souvenir shop suffered TL 10,000 of damages. Kadir, a shopkeeper, said all businesses had to fend for themselves as municipality workers were absent. 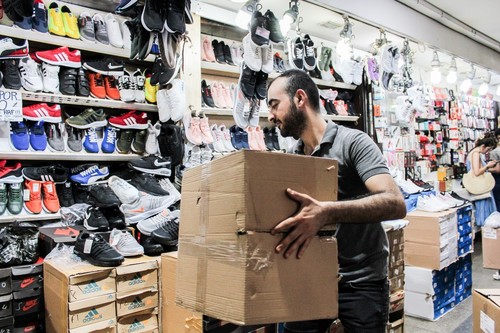 The government stepped in where the municipality failed, and President Recep Tayyip Erdoğan pledged interest-free loans of up to TL 100,000 with back payments starting one year later for the affected businesses. Orhan, who runs a textile and shoe store, said his loss was "big" and loans would certainly help. "I lost most of my goods, and those we salvaged are damaged. The municipality did not give any support, only the Istanbul governorate helped us," Orhan said. He said the governorate told them that they would cover their six-month rents if requested. "Our state does what is necessary," he said.

İmamoğlu, meanwhile, remains defensive when it comes to his vacation. Speaking to reporters yesterday, he said he was "at work" and the municipality was not a place "run by one person," citing teams were working. "I had to go back on vacation because my children were there. It was my parental duty to bring them back," the mayor said.