Giant oil rig crosses through Bosporus, grinds shipping to a halt in Istanbul 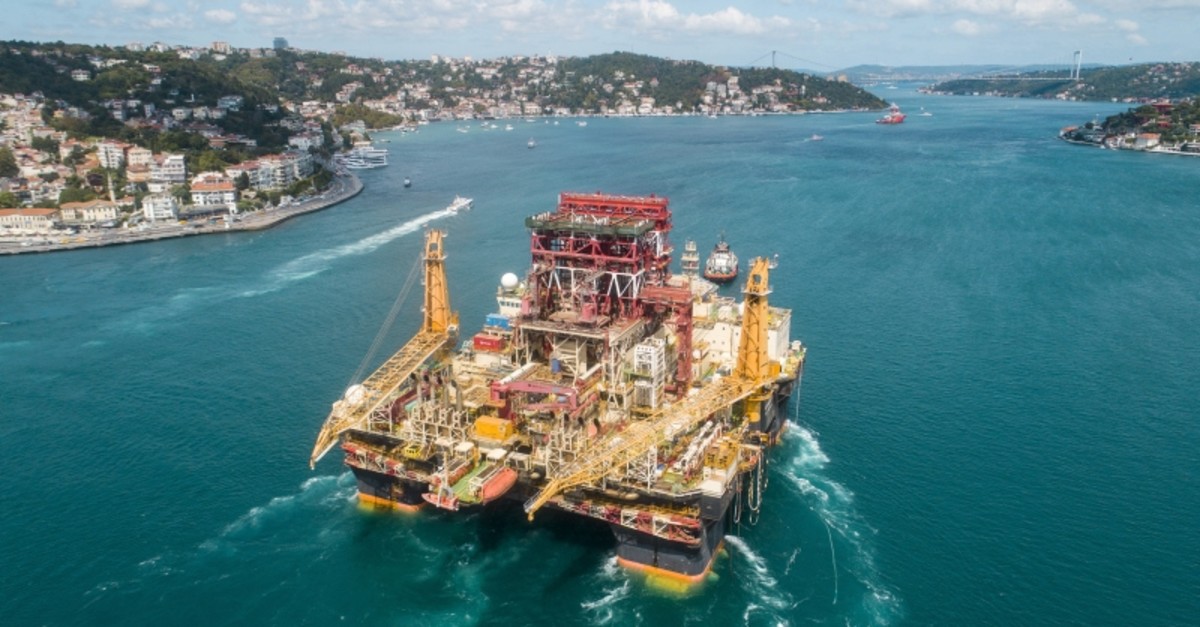 Maritime traffic in Istanbul's Bosporus, one of the vital shipping routes in the world, ground to a halt Thursday to facilitate the passage of a giant vessel.

The maritime traffic between the Marmara Sea and the Black Sea was suspended in the Bosporus to allow the platform to cross the narrow and difficult waterway. Passenger ferries operating between the Asian and the European sides of the 15-million metropolis were also briefly suspended or re-routed.

The Scarabeo 9 was accompanied by four tugboats, two coastal security vessels and five harbor pilots during the passage. The vessel was expected to complete the crossing as of 3:00 p.m., but it was only halfway near the Fatih Sultan Mehmet Bridge around 2.30 p.m.

The platform's height was reduced to 54 meters through ballast adjustments to allow safe passage under the three bridges spanning the Bosporus.