Fire breaks out at shoe factory in Istanbul 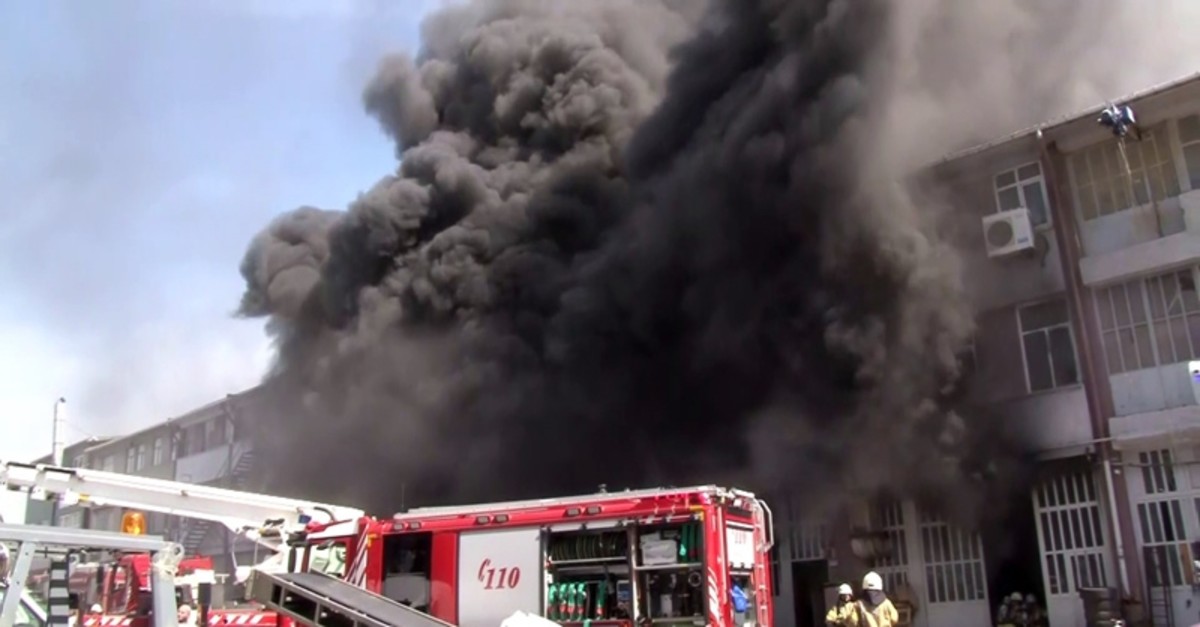 A fire broke out Monday at a shoe factory in Ikitelli Organized Industrial Zone in Başakşehir district on Istanbul's European side.

A large number of firefighters and a medical team responded to the scene and the emergency services managed to extinguish the fire.

According to initial assessment of the fire service, the fire started after sparks from a malfunctioning machinery ignited materials used in shoemaking.

Fire service also said some chemicals were also ignited, causing significant amount of smoke to rise from the blaze.

No injuries or deaths were reported.