Experts: Istanbul quake ordinary but be vigilant for 'big one' 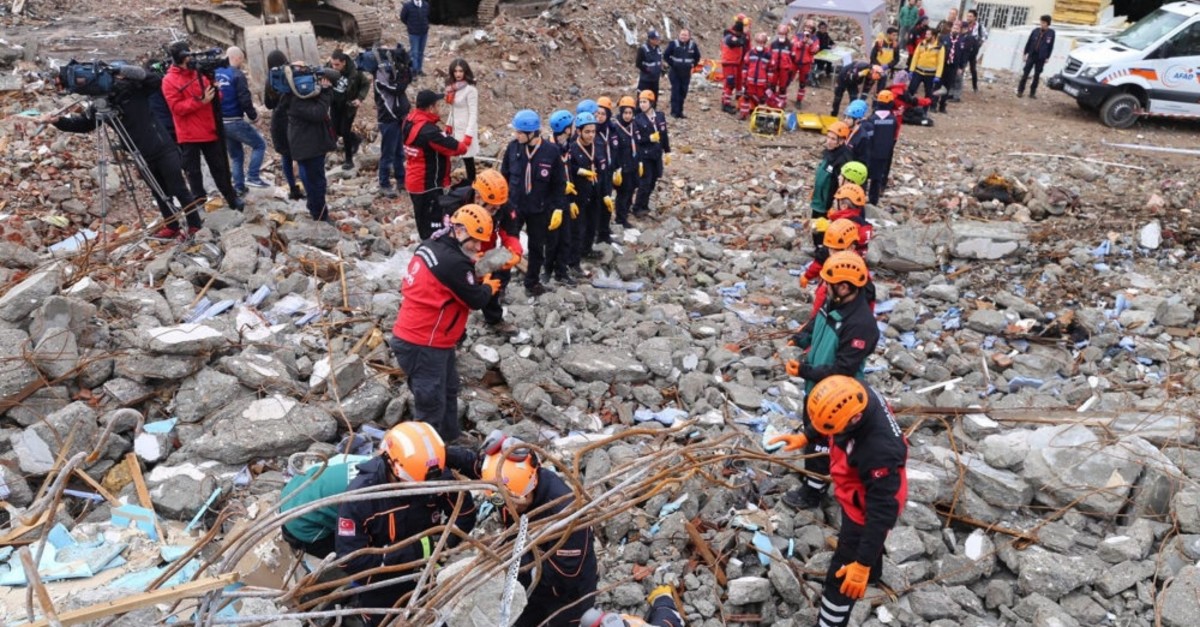 A 4.6 magnitude earthquake prompted anxiety in Istanbul, a city that has repeatedly been warned about a bigger tremor. However, experts say this earthquake was an ordinary occurrence yet also a dire reminder of a future ‘big one'

Turkey's most populous city Istanbul was rocked by a magnitude 4.6 earthquake Tuesday and tremors were felt as far as Tekirdağ in the city's west. Naturally, it sparked concerns whether it was the harbinger of a bigger earthquake seismology experts have warned about for years.

There was no damage from the tremors that originated off the coast of Silivri in Istanbul's far west, but Istanbulites scrambled for answers on social media to learn whether it would be followed by a bigger one. The earthquake died down with at least 15 aftershocks and experts say this is an ordinary earthquake, common for a city dangerously close to active fault zones.

Bülent Özmen, a seismology engineering expert at Gazi University, says the earthquake in the Marmara Sea was "the way active faults in the sea tells us about their existence."

"More than talking about when an earthquake will take place we should focus on minimizing risks in case of an earthquake," he told Demirören News Agency (DHA).

Pointing to a 3.0-magnitude earthquake half an hour before the bigger one in Silivri, Özmen said the earthquake was part of a shift in one of the most active parts of the North Anatolian fault line, one of the most active fault lines in Turkey and the world. "It was in a spot we called Kumburgaz segment, some 20 kilometers away from Silivri, on a fault line stretching from east to west. We know the last big earthquake here was about 250 years ago. Scientists already say there is a high possibility of an earthquake up to 7.5-magnitude in this segment," Özmen said.

In an interview last week, Özmen had said an update on earthquake maps disclosed that parts of Istanbul districts closer to the sea were under a higher risk of earthquake and Silivri was among them. "The risk decreases the farther from the Marmara Sea a district is located," he underlined, referring to the northern parts of Istanbul. According to Özmen, it is hard to say whether this low-magnitude earthquake would trigger other fault lines.

"This is so far the biggest earthquake in the Marmara Sea. It is impossible to answer the question on whether it would trigger a bigger one but the likelihood of a big one remains the same whatever the magnitude of Tuesday's earthquake may be," he warned.

Professor Fadime Sertçelik, head of the Seismology Department at Kocaeli University in Kocaeli, where a 1999 earthquake of 7.4 magnitude killed more than 17,000 people, said the Istanbul earthquake is not "a portent" of a big earthquake.

Addressing an international earthquake symposium in the city yesterday, Sertçelik said the earthquake was not "extraordinary" for a country where about 1,000 earthquakes occur every month.

"It was a small earthquake and there wasn't any extraordinary [earth] activity before it. Of course, people panicked remembering the big earthquake of 1999 but this was something that should not be worried [about]. This is the regular activity of fault lines all across Turkey. Certainly, it should teach us one lesson and that is, never forget the fact that the earthquakes will occur here and we should take measures, like reinforcing the buildings we live and learn what to do in case of an earthquake," she said.

Murat Nurlu, head of the earthquake department at the Disaster and Emergency Management Presidency (AFAD), said they were accustomed to such earthquakes and the public, as well as local administrators, should be alert and make their preparation for protection from the damage the earthquakes may incur.

"Statistics show at least two earthquakes causing either casualty or property damage take place every two years and there is a risk of an earthquake of a greater magnitude every six years," Nurlu said at the symposium in Kocaeli.

"We should always be prepared," he added. He noted that they were better prepared now compared to the state of response to the 1999 earthquake and he did not think there would be "chaos" again as was the case after the 1999 tremors.

Turkey is among the world's most seismically active countries as it is situated on several active fault lines, and dozens of minor earthquakes and aftershocks occur daily. The most potentially devastating fault line is the North Anatolian fault line (NAF), where the Anatolian and Eurasian plates meet. A strike-slip fault that formed as the Anatolian plate was being pushed northwestwards by the Arabian plate, the NAF has produced devastating earthquakes throughout history.

The last time the section of the fault south of Istanbul produced a major earthquake was May 22, 1766, causing great damage to the city and killing thousands. To the west, the Ganos fault located some 20 kilometers south of Tekirdağ province on the seabed produced a magnitude 7.4 earthquake in 1912. To the east, the last major earthquake produced by the fault was of more recent memory. More than 17,000 people were killed and over 43,000 were injured when a magnitude 7.4 quake rocked the Marmara region for 37 seconds in the early hours of Aug. 17, 1999, with its epicenter located in Gölcük province, some 75 kilometers southeast of the Bosporus. Three months later, on Nov. 12, 1999, 845 people were killed and nearly 5,000 injured when a magnitude 7.0 earthquake hit Düzce province, about 120 kilometers northeast of Gölcük.