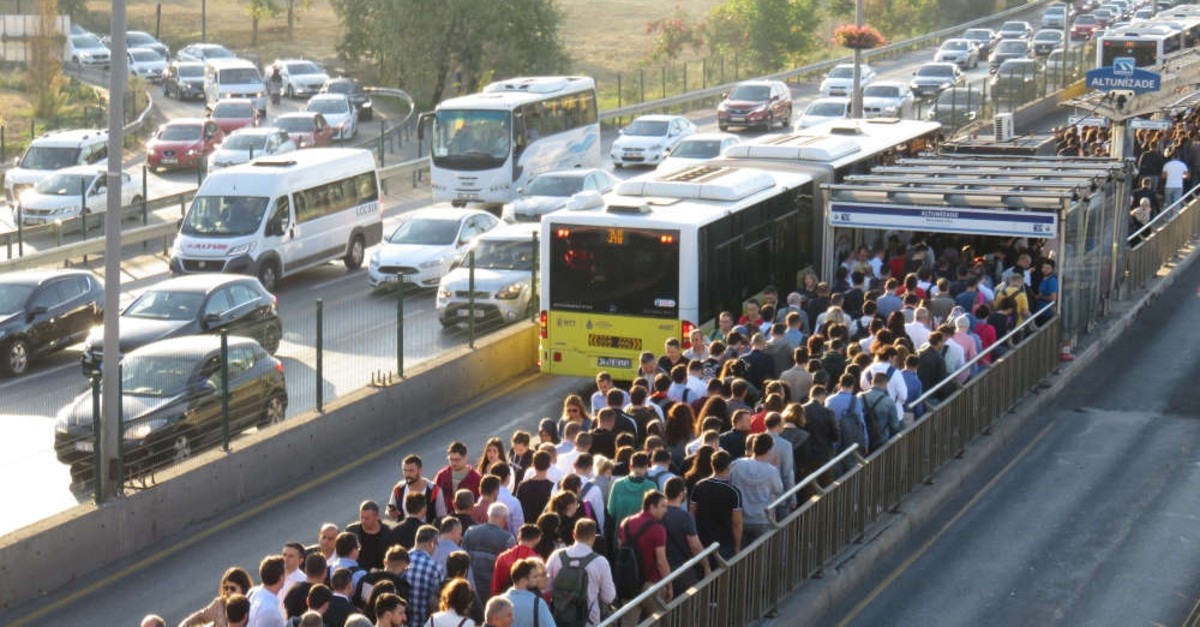 Taking a trip aboard a metrobus, one of Istanbul's most popular means of transit, has turned into an ordeal nowadays. One bus stop of the rapid transit system in particular swells with massive crowds in morning rush hour. The immense crowd at Altunizade on the Asian side of Turkey's most populated city over past two days has fueled a debate whether it was the incompetence of the municipality overseeing the system.

Long lines of commuters waiting on stairs leading to the station is the leading cause of "increasing metro rides," a senior municipality official said, as more people opt to take the metrobus connected with the metro line.

Some critics claim the municipality changed waiting times for metrobuses, something yet to be confirmed. Broken-down metrobuses, meanwhile, have further aggravated the waiting crowds. Murat Ongun, the municipality's spokesman, said yesterday that they would deploy three empty metrobuses for every arriving metro service to reduce the crowding but commuters are frustrated and concerned that the overcrowding may linger.

"It is always the same every day, particularly in rush hour. We have to cram into the bus and you can barely find standing room. But we have to take the metrobus," Ahmet Demircan, a commuter, said.

Büşra Erbay, who commutes to work from Altunizade, said she was "fed up" of having to commute by metrobus every day and complained that she is "always late to work" because she has to wait to find space inside the bus.

"You can't even walk through the overpass," she complained, pointing to the long line that traverses an overpass, stairs and the entrance to the station.