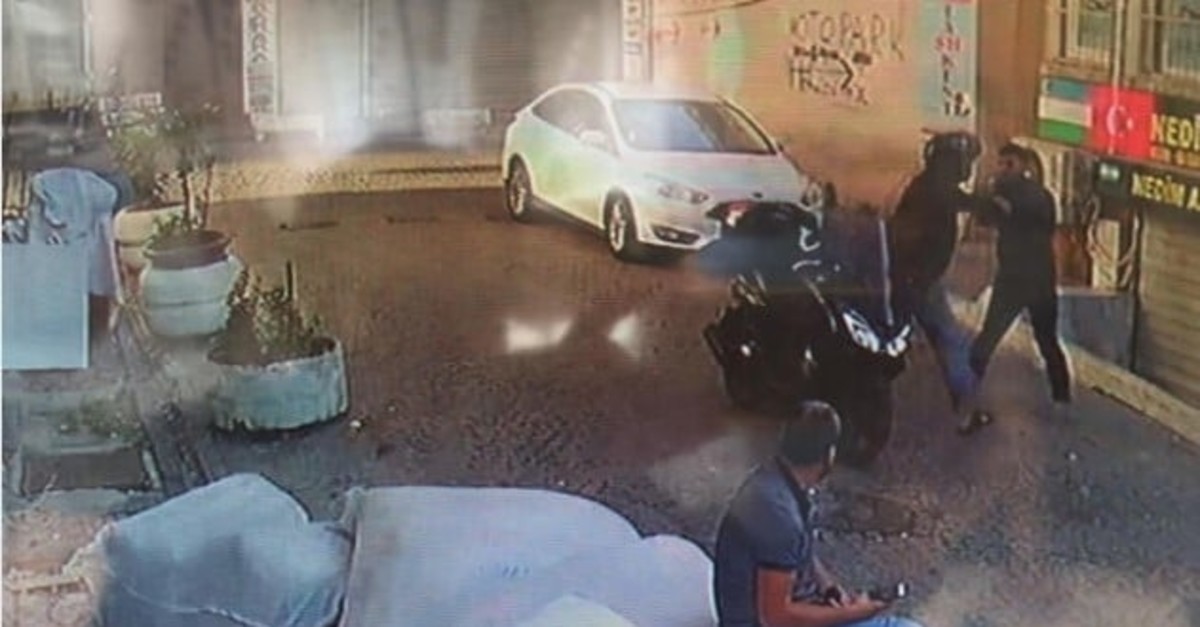 Istanbul shopkeepers mobilized to catch a thief who stole $10,000 cash from an Iranian businessman in the city's Laleli district, eventually handing him to security officials.

Iranian businessman Ahmad Salimi was walking with $10,000 in his pocket, which was snatched by two thieves in a sudden burst.

Upon seeing the incident, Fikret Aktaş, a motorcycle rider, and others, including shopkeepers started chasing the thief.

One of the shopkeepers tried to trip the thief up to stop him, while another shopkeeper threw iron bars in front of the thief.

On his motorcycle, Aktaş continued to chase the thief for 1 kilometer and eventually caught him. The selfless man jumped on the thief and contained him until people brought ropes to tie him up until the police arrived.

"We ran after the thief street after street," Aktaş told the Demirören News Agency (DHA), adding that he felt obliged to protect the businessman who wanted to do business in the country.

Salimi told reporters that he was extremely happy about Aktaş's assistance and rewarded him with $300 for his help.

"I don't know in what language I should express my thanks," Salimi said.