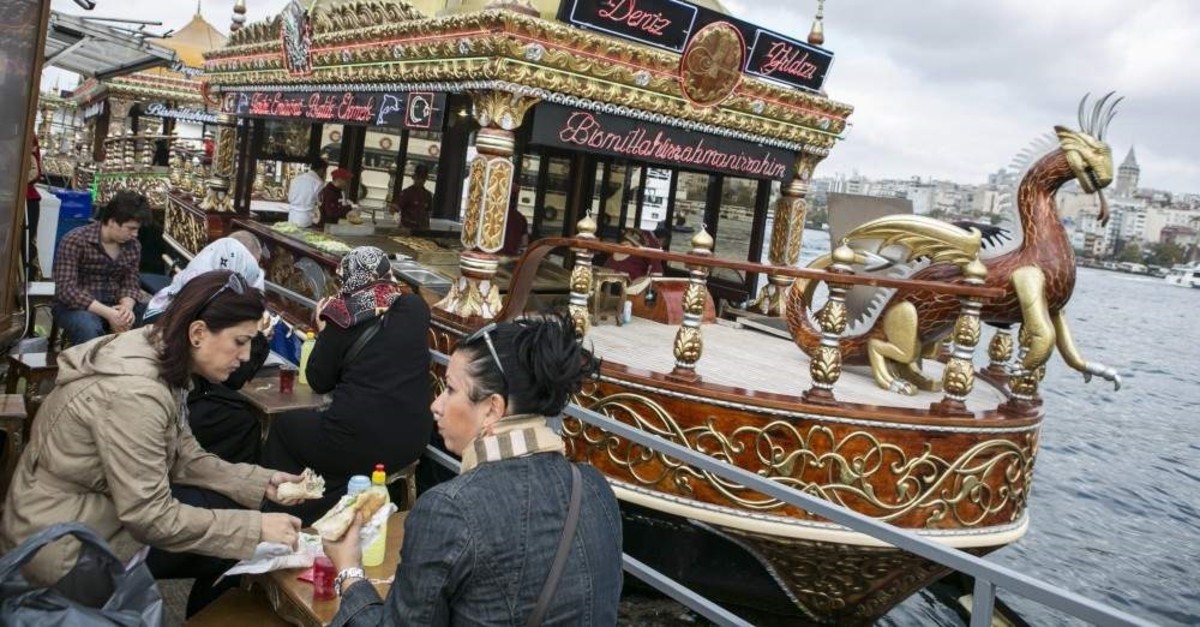 An indispensable part of Istanbul's street food scene and a tourist favorite, boats selling fish sandwiches in the Eminönü district will become history as Istanbul municipality issued an eviction order for the vendors.

According to local reports, the eviction order was issued by the Istanbul municipality's directorate of real estate, requiring three vendors to evict their stalls and move their fishing boats by Nov. 1. The order warned the vendors that they would be forcefully removed by police if they failed to comply.

Speaking to reporters, the head for the fish vendors cooperative urged the municipality to reconsider the order. "Fish sandwiches and the vendors are a part of the local culture. We ask them to consider this when they decide. We, as fishing boat owners, do our best to serve our customers well," Arif Hikmet İlke said, adding that they wonder what the municipality's next move will be.

Citing sources in the municipality, a report said the eviction order was part of a new project on Istanbul's historical peninsula, which Eminönü falls under. The source said the fishing boats were regarded as unsightly eyesores unbecoming of the historical peninsula and added that no new renters will be allowed once they are evicted.

Asked about the eviction order, locals spoke in favor of the vendors and objected to the order. “These are an icon for Istanbul. They have been here for years. It’s a nice thing for tourists and if they do their job well and pay their taxes, they should remain,” Ali Yılmaz said.

Calling the vendors a part of Istanbul’s identity, several people said they came from various parts of Turkey to enjoy the famous fish sandwiches. “People come here from all over Turkey. They eat fish sandwiches and enjoy Istanbul. It’s not a good move to remove them,” Özcan Karabulut said.

The tradition of "Balık Ekmek" (fish sandwiches) dates back to the 1960s when local fishermen started installing small grills on their boats to cook their fresh catches of the day and sell them. During most of their history, the boats were docked close to the Galata Tower but about 12 years ago the city decided to move them to Eminönü's shores.

With their small tables and tiny chairs, the often-crowded boats are not a place to sit for long hours, but the food itself has proved popular with both locals and tourists, quickly becoming an icon for Istanbul's street food scene.