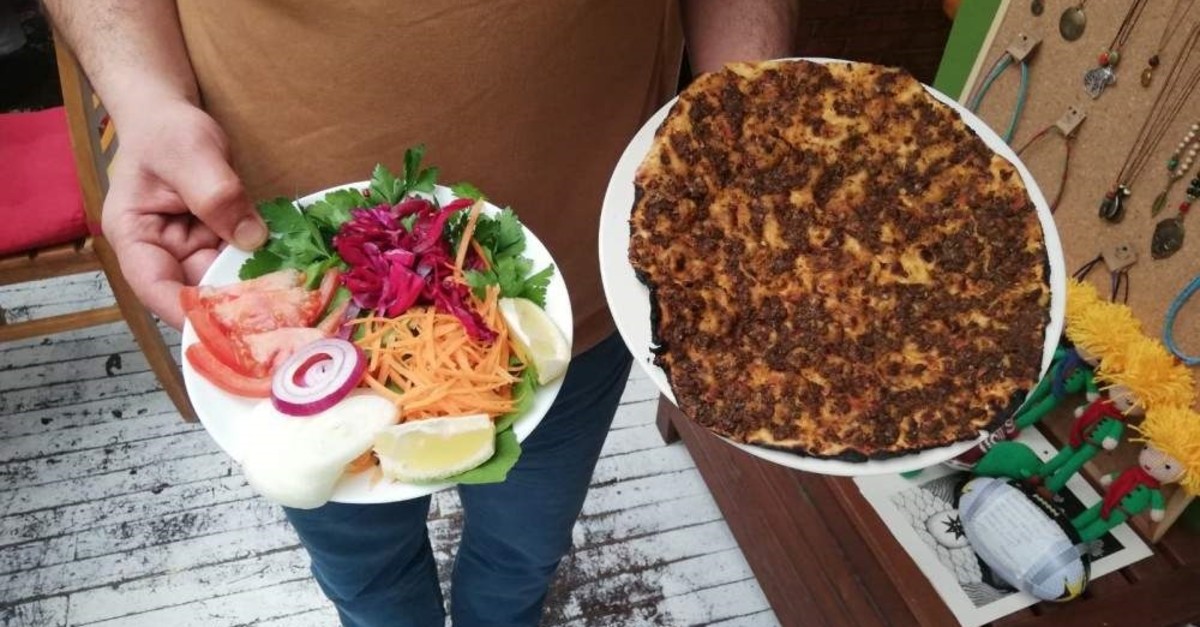 A Turkish vegan pizza is served in a vegan restaurant located in the capital Ankara. (DHA Photo)
by Daily Sabah Nov 05, 2019 7:31 pm

The fourth edition of the World Vegan Day event organized in Istanbul by Turkey's Vegan and Vegetarian Association attracted 2,000 participants this year, a statement by the association said.

The event was held on Nov. 3 with the sponsorship of V-Label International at Wyndham Grand Istanbul Kalamış Marina Hotel, located in Kadıköy on the Asian side of the city, as part of the international vegan day celebrated every year on Nov. 1.

A survey was conducted during the event, aimed especially at non-vegans and those interested becoming vegan, to evaluate the levels of interest in veganism.

Some 50.6% of the participants were vegan, according to the results of the survey, while 24.8% were "interested in veganism." Another 15% were vegetarian and 8% were just "curious.”

Just over eight out of 10 participants said that the reason they removed animal products from their life was the “animals’ rights and freedoms" while just over six of 10 cited health reasons.

Participants were offered a variety of vegan products as well as a vegan starter guide during the event.