430-year-old bathhouse in Istanbul on sale for $2.5 million 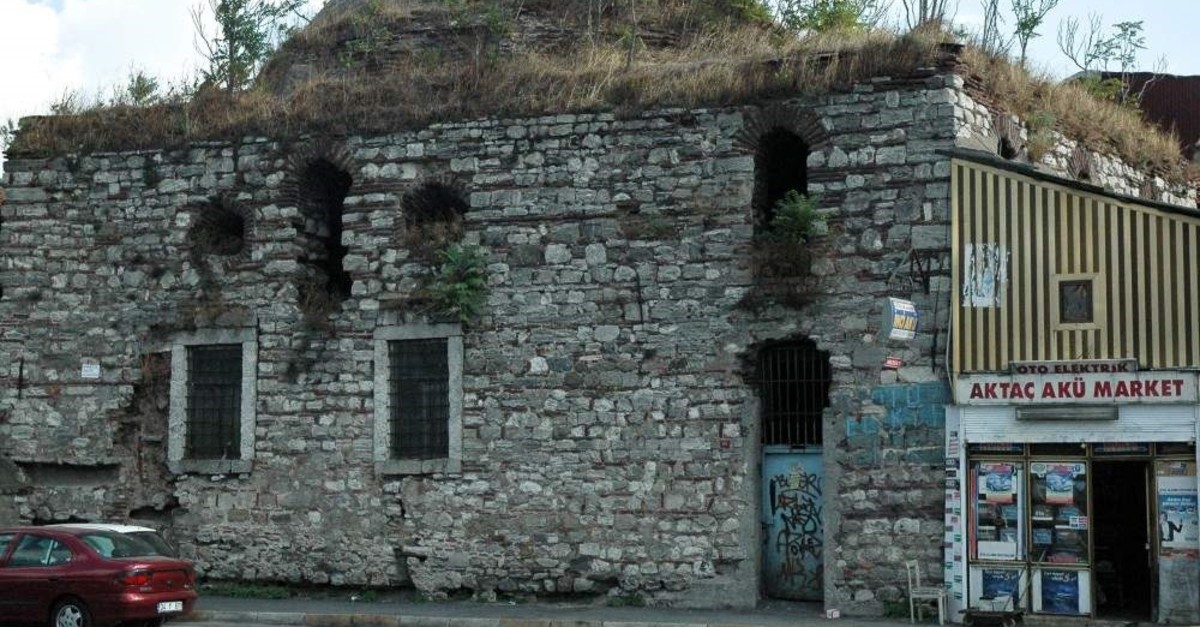 by Nov 25, 2019 2:02 pm
A 430-year-old bathhouse built by the great Ottoman architect Mimar Sinan has been put on sale by its owner for an asking price of $2.5 million.
Located in Istanbul’s historic Eminönü district, the Ayakapı Hamam was built in 1582 and commissioned by Sultan Murad III’s mother Nurbanu Sultan.
One of the few surviving works of Mimar Sinan, the bathhouse is now in a state of disrepair. Nearing collapse after years of neglect, the bathhouse was used as a lumber warehouse for years and is now being used as a makeshift auto repair shop.
Hearing the historic building was for sale, citizens urged the owner and the government to work together to restore the bathhouse to its former glory and maintain it as a historic landmark.
Bathhouses have been an integral part of Turkish daily life and culture for centuries, thus earning the nickname "Turkish bath" abroad.
Historically, they were not only places to bathe and relax but also centers for people to socialize. However, fewer people visit bathhouses in Turkey today, as at-home bathing is the modern norm and contemporary spas have grown in popularity as a means of relaxation.
The most well-known in-use bathhouses in Turkey are in Istanbul and the western province of Bursa, which was once the Ottoman capital.
Last Update: Dec 20, 2019 1:54 am
RELATED TOPICS