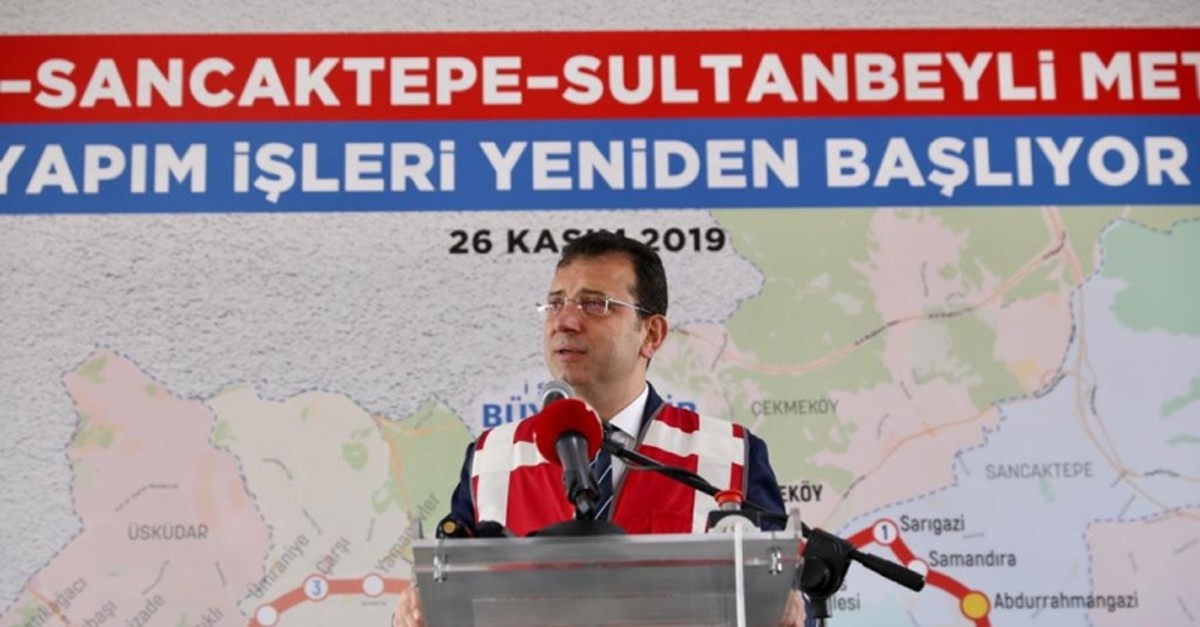 Construction works have been relaunched on the Çekmeköy-Sancaktepe-Sultanbeyli subway line on Istanbul’s Asian side, with a ceremony held on Tuesday attended by Istanbul's Mayor Ekrem İmamoğlu.

Speaking at the ceremony held in Sancaktepe district, İmamoğlu said that public transport was one of Istanbul's most pressing issues and that more projects would be launched to deal with the city's transport links, thanking representatives for each of the local municipalities who had contributed to the establishment of the subway line.

The line, which extends across a distance of 10.9 kilometers, will consist of eight stations that will take a total of around 16 minutes to traverse. The line, opened as part of a much broader transport network design for the city that was launched by previous municipal administrations, is set to have the capacity to carry 64,800 passengers per hour in a single direction.

İmamoğlu added that their works are ongoing on other public transport vehicles that will support the subway line and make the transportation easier.

Currently, the line between Çekmeköy and Üsküdar, the M5 Üsküdar-Ümraniye-Çekmeköy, represents Turkey's first fully automated subway system. The line was launched during the term of Istanbul Metropolitan Mayor Mevlüt Uysal from the Ruling Justice and Development Party (AK Party). The first phase of the fully-automated M5 line was brought into service in December 2017 with eight stations running between Üsküdar and Ümraniye.

With the addition of the Üsküdar-Çekmeköy subway line, the total length of transit routes in Istanbul has reached 170 kilometers, with 169 stops.