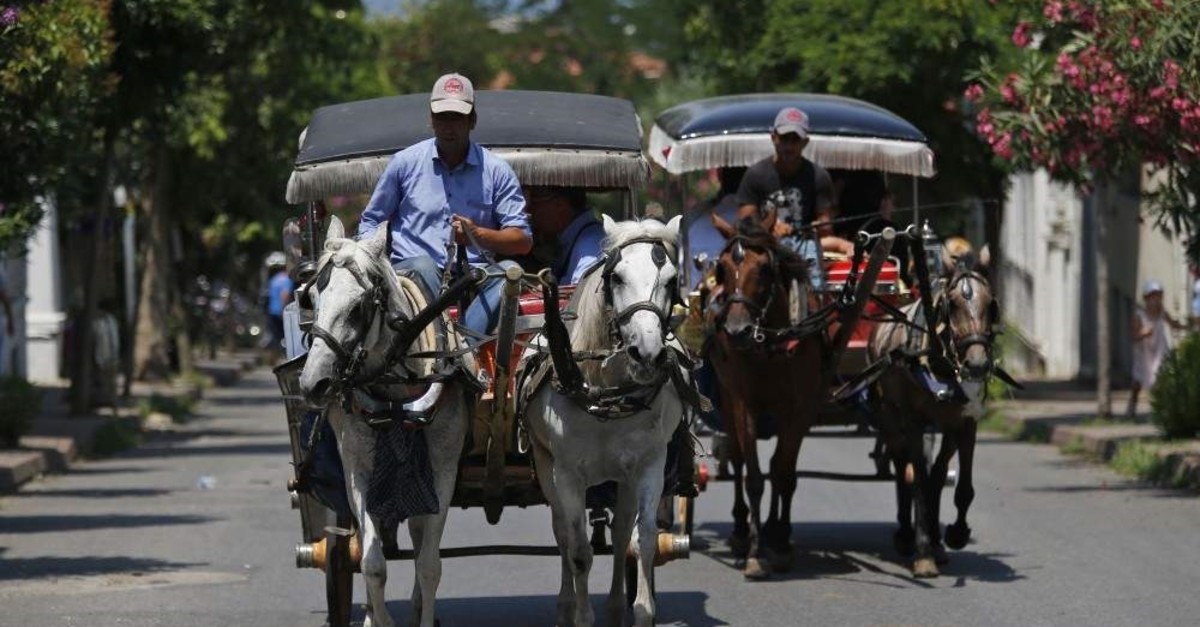 Horse carriages have been the main mode of transportation on the Princes' Islands for years. (AP Photo)
by Daily Sabah Dec 19, 2019 5:06 pm

At least 81 horses were euthanized in Büyükada, one of Princes' Islands near Istanbul, on Thursday after they were diagnosed with the highly infectious and often fatal glanders disease.

The authorities buried the culled horses in deep graves to prevent the disease from spreading further, while also placing the island under quarantine, forbidding any animals from entering or leaving the island.

Panic among the locals ensued after news broke out about the contagious, incurable disease among the horses, which have been used to pull carriers for years as the main means of transportation on the island.

The experts urged locals to remain calm but also warned them to be cautious. Speaking to Anadolu Agency, the deputy chairman of Istanbul Veterinarian's Association said humans could be infected with glanders.

Arslan urged authorities to take necessary precautions or risk losing the island's entire horse population. "If precautions are not taken, it can spread to every single horse on the island. There is no known cure to this disease. We use antibiotics and supplementary treatments but fatality rates remain high," he said.

According to Arslan, horses can get infected in many ways and a thorough cleaning in barns where horses are kept is vital to keep it from spreading. "It has multiple forms when it comes to horses. It can cause large pus-filled lesions on the horse's skin. It can also cause breathing difficulties. An infected horse will soon lose appetite and weight. It can kill a malnourished horse in three to five days," Arslan said.

The use of horses on Princes' Islands have been a source of contention in Turkey. Animal rights activists claim that dozens of horses die every year on the islands after being forced to carry heavy loads for long hours without any break. They claim that most of the horses brought to the islands are either old, crippled or utility horses.

The activists urged the government to ban the use of horses and proposed the use of electric carriages instead. Authorities last year said they would find a permanent solution to the problem that would also be the best for the horses but no solid step has been taken so far.