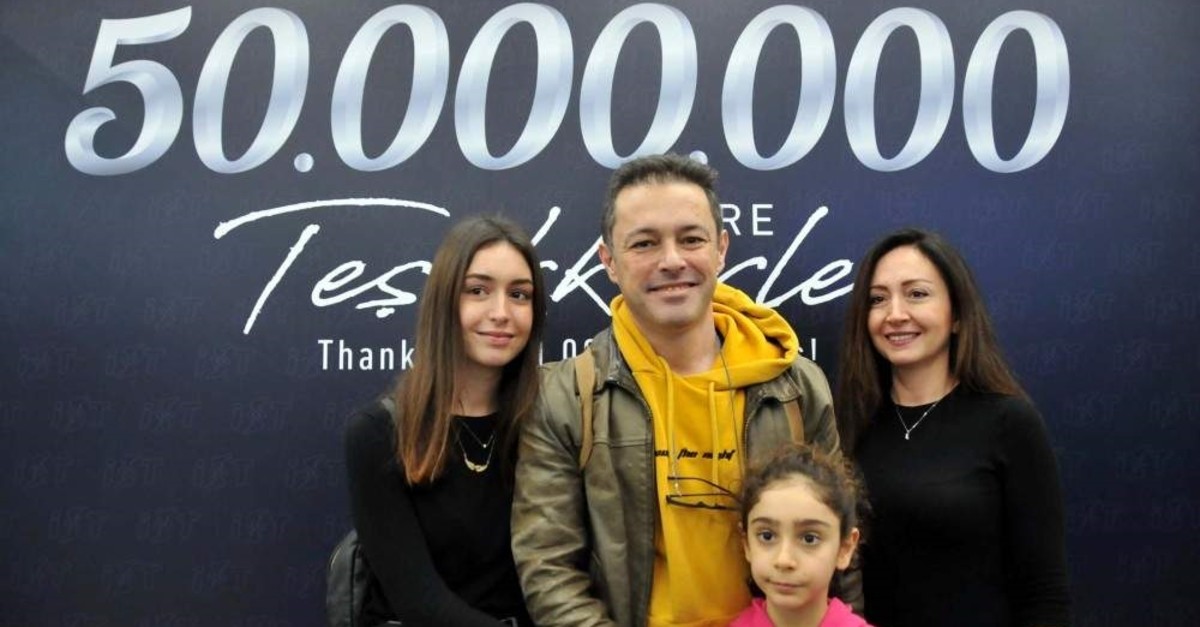 The Kobanbay family poses in front of a sign marking the 50 millionth passenger at the airport. (DHA Photo)
by Daily Sabah Dec 23, 2019 4:24 pm

The Kobanbay family was in for a surprise when they arrived at Istanbul Airport on Monday for a flight to New York.

The family of four was welcomed by President Recep Tayyip Erdoğan and first lady Emine Erdoğan as the 50 millionth passenger of the airport, which sent off its first flight last April.

The president and first lady joined airport officials in awarding a plaquette to Kerem Necati Kobanbay, his wife Aslıhan and their two daughters.

Cemal Kalyoncu, a board member of İGA, which operates the airport, gave the family two İGA Pass Premium memberships, which include access to the airport lounge – which is the largest in the world – a fast-track service for quick passage through the giant airport, and a buggy service. İlker Aycı, CEO of flagship carrier Turkish Airlines (THY), gave each family member outbound round trip tickets.